On 16th March 2020, the government and the BBC also announced that changes to the Licence Fee for people over the age of 75 that had been due to come into effect on 1st June have been delayed.

In the coming weeks and months, the BBC will have a vital role to play in supplying factual and timely information to the public. That's why both the BBC have agreed to the government's request to change the start date to August 1st, and review the situation in due course. 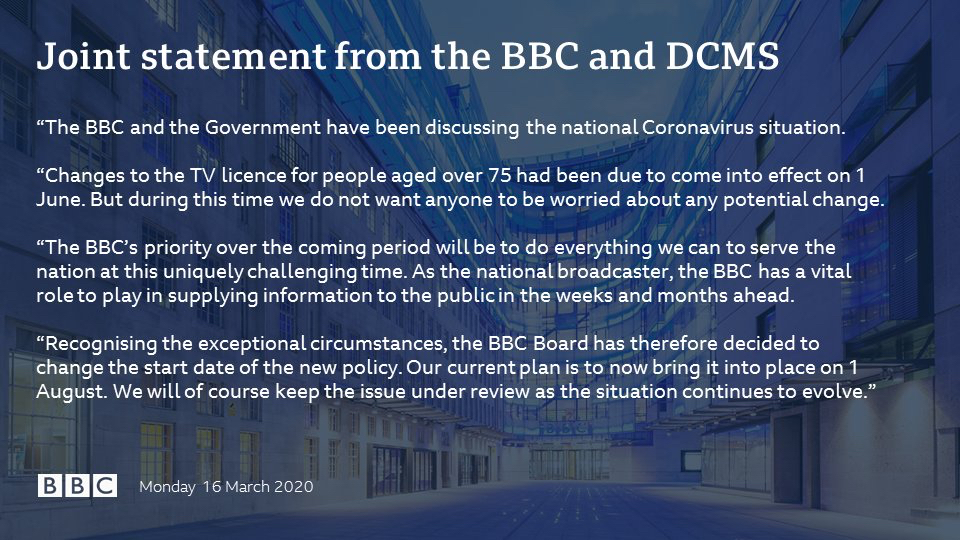 Coronavirus Advice and How to Volunteer