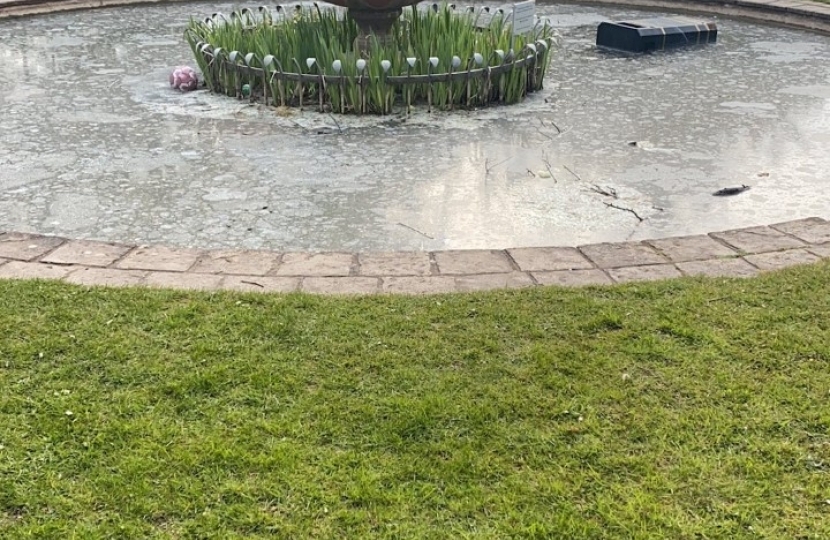 Having been involved in efforts to tackle antisocial behaviour at Rhyl’s Botanical Gardens, Vale of Clwyd MP Dr James Davies has welcomed the addition of nine extra cameras covering the much-cherished area.

Following reports of acts of vandalism and intimidation over the last several months, James has been working with residents, Denbighshire County Council, North Wales Police and local councillors in a bid to put an end to the problems.

He has asked residents living close by to report any incidents and intends to keep them updated on progress.

After much pressure from James, local councillors and members of the Supporters of the Botanical Gardens, Denbighshire County Council commissioned the service of a local security company to patrol the gardens and lock the gates at 9pm each night, with reopening taking place at 8am the following morning.

However, it was felt that more cameras at the gardens would be a further deterrent.

James is therefore pleased that the additional cameras are now in place and went live last week.

“Although there were cameras already in place in the gardens, they did not cover all areas, and many acts of anti-social behaviour were taking place in areas not accessible by the cameras.

“The need for additional cameras was the major topic of discussion during the meeting I attended with councillors, Denbighshire County Council officers, North Wales Police and members of the Supporters of the Botanical Gardens. I am pleased that this has now been actioned and that the cameras are in place in time for the summer months ahead, when more youngsters tend to congregate in the gardens.

“Hopefully these cameras, along with the measures already in place, will prove effective, and the gardens can be enjoyed by all those wishing to use them.

“I wish to thank all those involved in working to tackle the problems at the Botanical Gardens for their persistence and for acting so swiftly. I plan to follow up on the coverage and effectiveness of the cameras and ensure that the technology in place can allow simple remote monitoring."