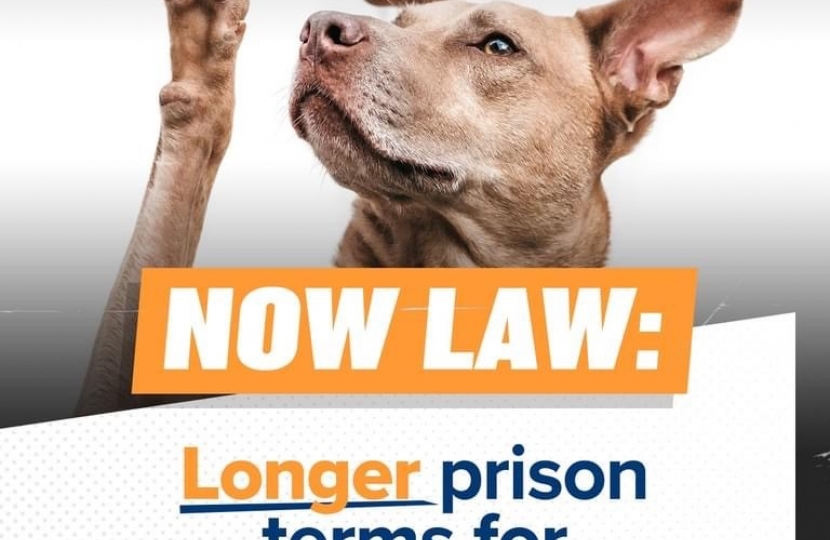 Vale of Clwyd MP Dr James Davies has welcomed a new law which could see animal abusers face up to five years in prison.

The Animal Welfare (Sentencing) Bill has completed all its stages in the Houses of Parliament and has now received Royal Assent, meaning that it has now become law in England and Wales.

It will come into force later this year - a move which animal welfare groups and MPs have long campaigned for.

James, who in a Parliamentary debate on the Bill last October spoke of support in the Vale of Clwyd for tougher measures against animal abusers, said:

“Convicted animal abusers can be jailed for up to five years - one of the toughest punishments in Europe - and this strengthens the UK’s position as a global leader on animal welfare.

“As I said in the debate on the Bill last year, these changes are absolutely necessary to deter people from inflicting harm and death on defenceless animals.

“This new law is a valuable tool in our fight against animal cruelty and I know it will be very much welcomed here in the Vale of Clwyd.”

The RSPCA - the principal investigator of animal neglect and cruelty in England and Wales - has been campaigning for tougher sentencing, alongside its colleagues in the animal welfare sector, for years.

Chief executive Chris Sherwood said: “This law is a huge step forward for animal welfare in the UK and we’re delighted that justice will now be served for animals. Tougher sentences will act as a stronger deterrent to potential animal abusers and will help us in our aim to stamp out animal cruelty once and for all."

For more about what this law will mean for animals, visit www.rspca.org.uk/getinvolved/campaign/sentencing.