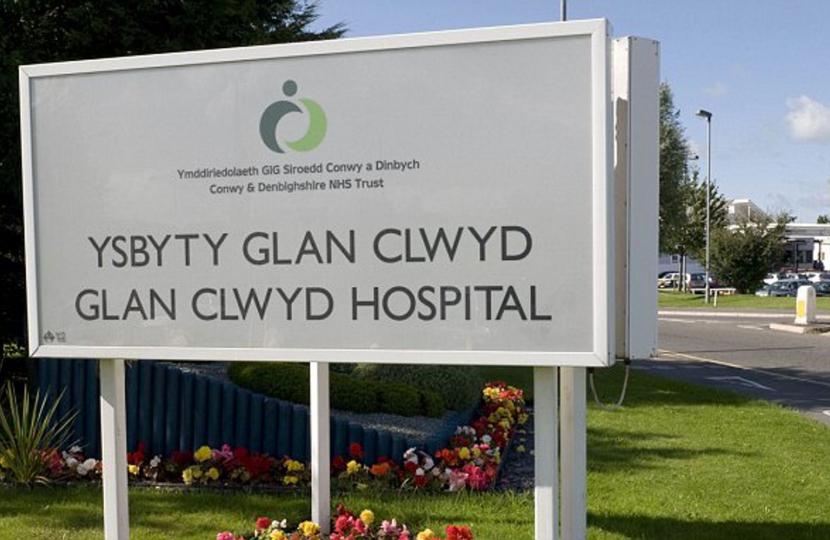 Vale of Clwyd MP Dr James Davies has criticised a £60m overspend on asbestos removal and improvement works at Glan Clwyd Hospital and called for a sea change in the management and governance of Betsi Cadwaladr University Health Board and the Welsh Government.

It was revealed today that the £171m asbestos removal and refurbishment work at Ysbyty Glan Clwyd, Denbighshire, cost 55% more than planned.

A report by Wales' auditor general states that the "very significant cost overrun" was avoidable.

Commenting on the revelation, James said:

“Sadly, this is all too predictable, and characteristic of the poor management which has blighted the Health Board during its 5 years in special measures.

“£60 million is a substantial amount of money which potentially could have funded many more worthy projects within the local NHS.

“Patients in North Wales who are unable to access services and treatments they desperately need will be furious at this news, and rightly so.

“The report states that the Health Board’s business case was poorly developed and weak, and what is particularly concerning is that the Welsh Government did not act on this when it was brought to their attention by their advisors.

“During the works, there were governance and management failings at the Health Board, along with misleading, amended and withheld financial reporting.

“The level of incompetence is shocking and the people of North Wales deserve so much better.”