Council urged to take immediate action to move travellers on 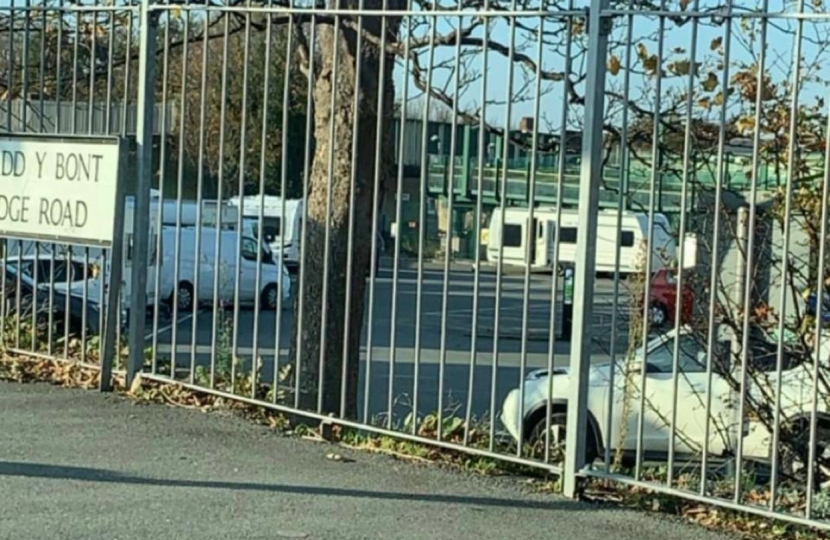 Having received numerous complaints from residents and businesses regarding an unauthorised traveller encampment on a public car park in Prestatyn, Vale of Clwyd MP Dr James Davies is calling on Denbighshire County Council to take immediate action to address the issue.

The travellers arrived on the Denbighshire Council-run car park located adjacent to the CookHouse Pub and Carvery in the Town Centre last week.

On being informed by businesses in the vicinity of the impact the situation is having upon them, and the increasing untidiness of the site, James contacted Denbighshire County Council last week urging them to take action.

In a response, he was told that under normal circumstances the council would serve a Section 77 notice, providing 24 hours to vacate, but that there has been a directive from the Welsh Government during the pandemic not to do so.

However, having looked into the matter, James established that the “directive” referred to is guidance and not law and that there is nothing to prevent a notice being served.

He is therefore calling on the Council to take immediate action.

“Businesses are understandably frustrated to see so much disruption, and yet no action.

“I received numerous complaints about the havoc being caused last week and even more over the weekend.

“I would suggest the council is well within its rights to serve a Section 77 notice, given that the unauthorised encampment is breaking numerous rules, not least those relating to public health travel and the pandemic.”

He added: “Section 77 notices are still being served in England, so unless the council is prepared to serve one in Denbighshire, word will spread and we run the risk of encouraging more such encampments from areas where the law is being enforced.

“Businesses have experienced the most challenging of years due to the pandemic and should not have to endure the further disruption being caused by this situation. I therefore urge Denbighshire Council to take immediate action to move the travellers on.”