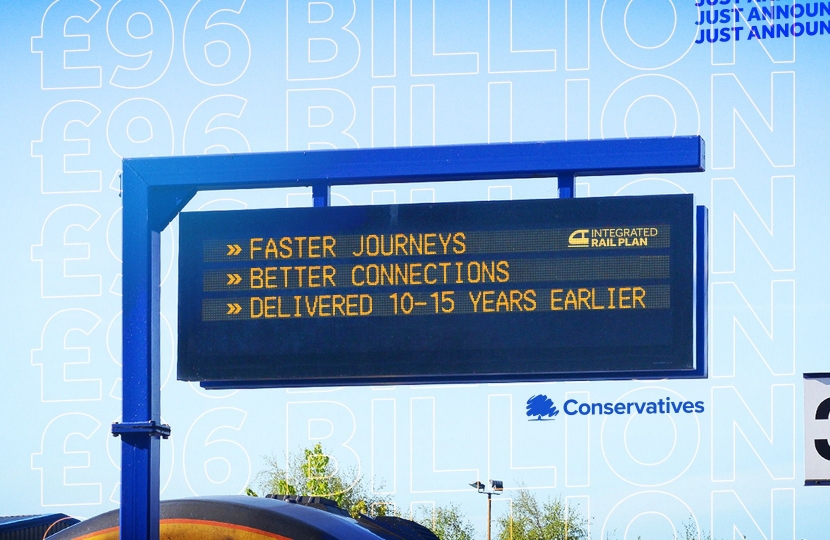 Under new plans, improvements in regional rail services are set to be delivered earlier than initially thought. Northern Powerhouse Rail (NPR) services are proposed to operate from Liverpool to Leeds, via a new high speed rail link between Warrington, Manchester and Yorkshire. The interchange between HS2 and NPR at Warrington will become an important interchange for North Wales services.

As originally planned, HS2 will run from Crewe to Manchester, with the promise of a ‘Crewe Hub’ where North Wales mainline services can link up with fast-running London-bound trains.

“I am delighted that improvements to the rail services relevant to North Wales will be seen sooner than originally planned. The enhancement of existing services, construction of new lines and opportunities for future development beyond this, all provide positive opportunities.

“I will continue to work with the UK Government, regional and local stakeholders to ensure that planned improvements will deliver the greatest benefit possible to local residents and businesses. In particular, we need to see much improved connections between HS2, NPR and the North Wales corridor, something I have been lobbying Sir Peter Hendy to include in the final report of the Union Connectivity Review.

“Separately, a number of residents have raised concerns with me regarding the crowded and infrequent services in North Wales arising from the persisting ‘Covid timetables’ – which remain in place and compound the limitations of the usual existing services.  I am engaging with Avanti and Transport for Wales to address these concerns.”