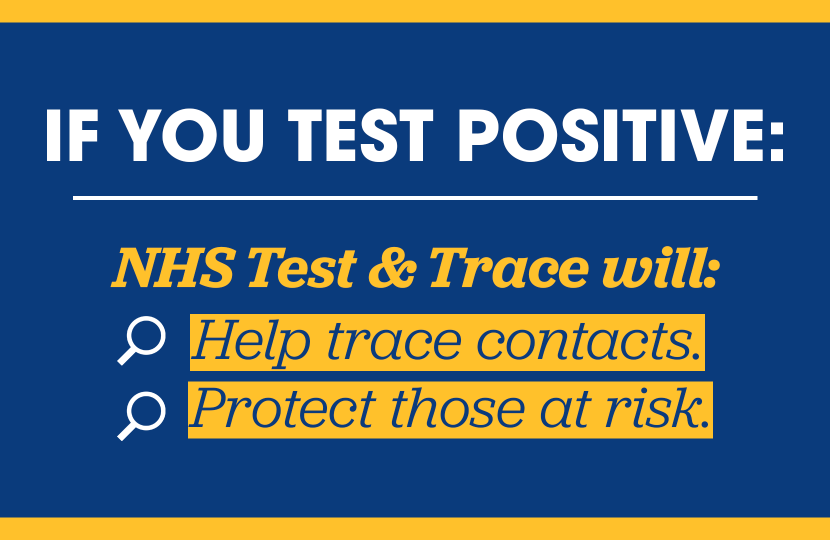 The Secretary of State for Health and Social Care, Matt Hancock MP, has agreed with Vale of Clwyd MP Dr James Davies that for the NHS Test and Trace service to be successful, efficient co-ordination across Great Britain will be vital.

The NHS Test and Trace service was introduced across England on May 28th and forms a central part of the Government’s Covid-19 recovery strategy to help as many people as possible return to life as close to normal as possible, in a way that is safe and protects the NHS and social care.

Speaking in House of Commons proceedings on Tuesday, James stressed that NHS Test and Trace will play an important part in the continued fight against covid-19, but said that efficient co-ordination across Great Britain will be vital to its success.

He therefore asked the Health Secretary what steps he had taken to ensure effective joint working between England, Wales and Scotland.

The Health Secretary agreed that “the devolved Governments have a huge role to play in this” and said he has been having regular meetings with them.

He added: “I will give whatever support I can to help the Welsh Government to make sure that they can deliver contact tracing, and indeed the wider testing programme, as well as possible.”

“The objective of the NHS Test and Trace service is to push down and keep low the rate of reproduction (R) of Covid-19 and reduce the total number of infected people by catching cases before they spread the virus. The only way for it to be truly efficacious is for joint working between England, Wales and Scotland and I am pleased that the Health Secretary is working to achieve this.

“With the lifting of lockdown restrictions across the UK, albeit at various speeds in different parts, it is more important than ever that the devolved administrations work with the UK Government to keep this virus under control and avoid a second spike in cases.”