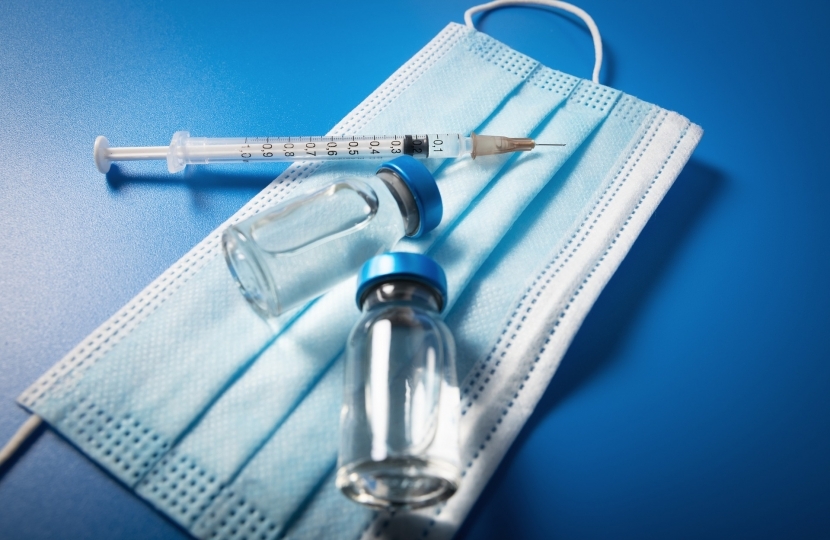 James is concerned by the number of constituents who have recently been in touch with him because, despite repeated attempts, they have been unable to get through via the centre’s phone line.

“In October, I raised concerns with the health board that many elderly residents were unable to attend the OpTic centre in St Asaph for their booster jab and were having issues getting through to the centre to change their appointment.

“I was told at the time by the health board that it had 40 lines in operation and that staff were answering calls as quickly as possible. They said that the number of calls coming in meant that it was not always possible to answer them within a reasonable timeframe. However,  the reports that I am receiving suggest that people often can’t get through no matter when, or how often, they try.

“In recent weeks, wherever I go I am approached by people experiencing problems getting through to the centre, I've also been inundated with text messages and emails from constituents with the same complaint.

“People are being given appointments for their booster jab, but if they are unable to make the appointment time, they can’t get hold of anyone to change it.

“Many are extremely frustrated and the situation is only likely to worsen as there is a rush to obtain boosters in the face of Omicron, and as the number entitled to a booster vaccine increases significantly to include all adults.

“The health board therefore need to find a solution to this issue as soon as possible and I have contacted them urging them to do so. Additional vaccination capacity and clinic sites are also required, including walk-in provision if at all possible. I appreciate what a major operation this is, but the current service is simply not good enough.”

James is asking those struggling to get through to the contact centre to contact him at james.davies.mp@parliament.uk.