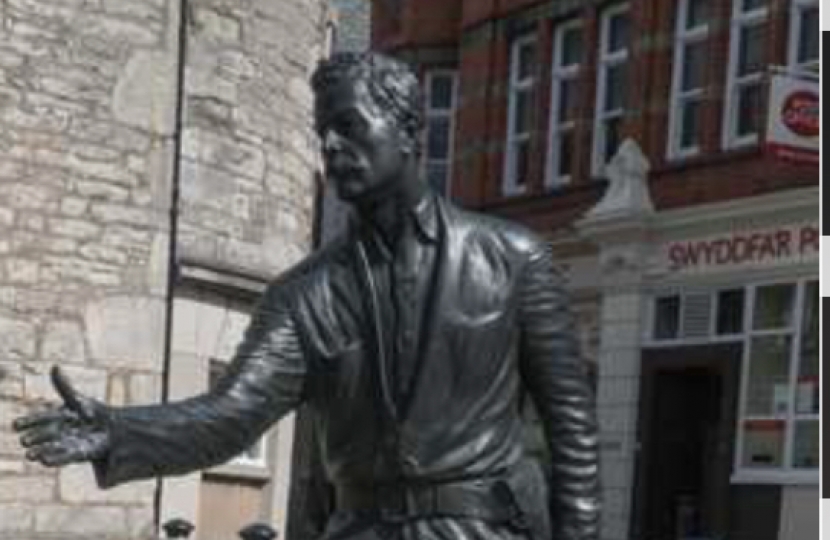 Vale of Clwyd MP Dr James Davies has called on Councillors in Denbigh and St Asaph to ensure that all competing views are fully considered before making a final decision on the future of the Henry Morton Stanley statue and obelisk.

In light of the national debate over historical figures, calls have been made for the HM Stanley statue in Denbigh and obelisk in St Asaph to be removed.

It will ultimately be up to locally elected councillors to decide the fate of the monuments and James has therefore sent a letter to them making his viewpoint known and urging them to take his, and all other standpoints, into account before coming to a final decision.

In the letter, James, who believes “we should not attempt to airbrush the past”,  also suggests that “if it is deemed appropriate, amended or additional interpretation could be made available publicly to express the variety of opinions that exist."

“It goes without saying that racism should be condemned in all its forms. Events in the United States have resulted in many genuine expressions of concern in this country. However, it is extremely regrettable that extremists on both sides have hijacked the issue, resulting in violence, mob behaviour and non-adherence to Covid-19 public health measures.

“My view, not least as a HM Stanley baby, is that we need to retain historical reminders to allow us to reflect and to inform future generations. We should not attempt to airbrush our past.

“It is important also for us not to lose sight of the fact that our ancestors lived in very different times, when there were different perspectives on what was right and wrong. Grievous faults can doubtless be found in most historical figures, but we should try to understand their lives, as we hope those who come after us will try to understand our motivations, in the context of the world today.

“Ultimately, it is for you as locally elected councillors to consider competing views as to the validity of memorialising this local figure – one of the 19th Century’s greatest explorers, whatever else he was – and to decide the fate of the monuments concerned. But I think it is worth considering that, apart from the expression of artistic skill and culture that they represent, these pieces of public artwork were considered worthy of installation within the last decade, through the means of reasonably significant public funding.”

The statue's future will be debated at a specially convened meeting of Denbigh Town Council on 24 June. Removal of the obelisk that celebrates him in St Asaph will be discussed by its city council on the same date.