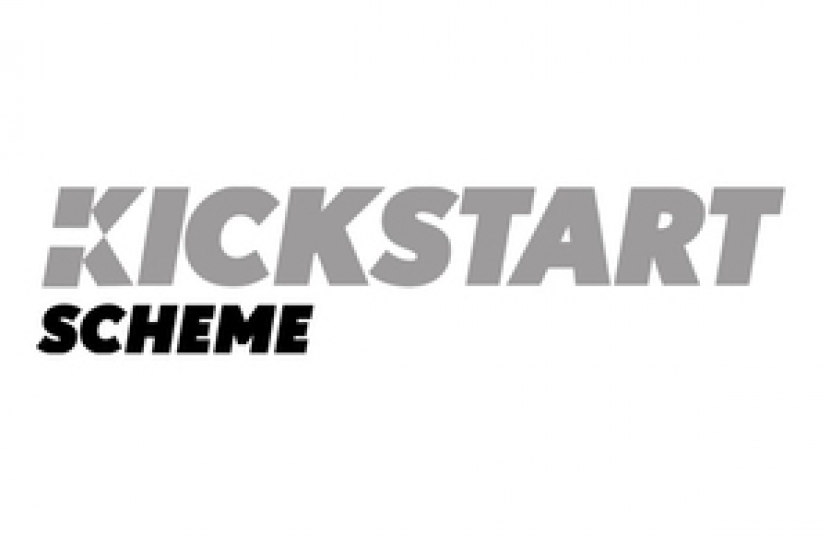 Following yesterday’s launch of the UK Government’s ‘Kick-start’ scheme, Vale of Clwyd MP Dr James Davies has today called for assurances from the Secretary of State for Work and Pensions that small businesses in the Vale of Clwyd will be able to take part.

The £2 billion scheme has been designed to ensure young people at risk of long term unemployment have a future of opportunity and hope by creating quality, government-subsidised jobs across the UK, helping to spur the country’s economic recovery after the coronavirus pandemic.

Under the scheme, announced in June as part of the Government’s Plan for Jobs, employers that sign up will be able to offer youngsters aged 16-24 who are claiming Universal Credit a six-month work placement that is fully funded by the government.

This means the Government will pay 100 per cent of the young persons’ age-relevant National Minimum Wage, National Insurance, and pension contributions for 25 hours a week, which the employer can top up if they chose to. In addition, the Government will also pay the employer £1500 for each young person they take on, to support any training or associated costs like uniforms that they might incur when setting up the scheme.

Speaking in the House of Commons this morning, James welcomed the scheme but called for certainty that small businesses will be able to take part.

“I very much welcome yesterday’s launch of the kick-start scheme, which can do much to help young people across Great Britain get into work. Since the launch, I have heard from a number of small business owners such as Hal Holmes-Pierce, who runs an independent shoe shop in Prestatyn and is keen to be involved. Will the Secretary of State reassure me that business owners such as Hal will be able to take part in the scheme?”

“I am sure my hon. Friend will be pleased that we are establishing a youth hub in Rhyl in his constituency, which will be part of an important link between our Jobcentre Plus network and local businesses such as those to which he refers. I am sure we can get under way with more webinars and similar so that we can bring employers into this exciting opportunity for young people in his constituency.”

The Government has also stated that to help smaller businesses, employers offering fewer than 30 placements will be asked to make a bid through an intermediary, such as a Local Authority or chamber of commerce, who will then bid for 30 or more placements as a combined bid from several businesses. This will make the process easier and less labour intensive to apply for these smaller companies who only want to hire one or two Kickstarters.

“This is a fantastic scheme and I am pleased that so many businesses in the Vale of Clwyd will get to benefit from it, and that the West Cheshire and North Wales Chamber of Commerce are leading the way as a local intermediary.

“We cannot allow young people to be left behind as a result of the coronavirus pandemic, and schemes like this will be vital for creating jobs and giving young people the skills to access them.

“I’m delighted that the Conservative Government are putting young people are the heart of its plans to build back stronger after the pandemic, and I’m calling on local employers across the Vale of Clwyd to sign up to provide Kickstart jobs.”

“We have taken unprecedented action to secure Wales’s economic recovery from the pandemic. More than 500,000 Welsh jobs have been protected through the Job Retention and Self-Employed schemes while over 40,000 businesses in Wales have received more than £1.4 billion in loans.

“Protecting, supporting and creating jobs is at the heart of our plan for recovery. Aimed at young people, the Kickstart scheme will make sure no-one is left behind as we get the Welsh economy moving again.”

The scheme will initially be open until December 2021, but there is the option for it to be extended. Young people will be referred into the new roles through their Jobcentre Plus work coach with the first Kickstarts expected to begin at the start of November.