MP calls on Ministers to “re-energise the fight against dementia” 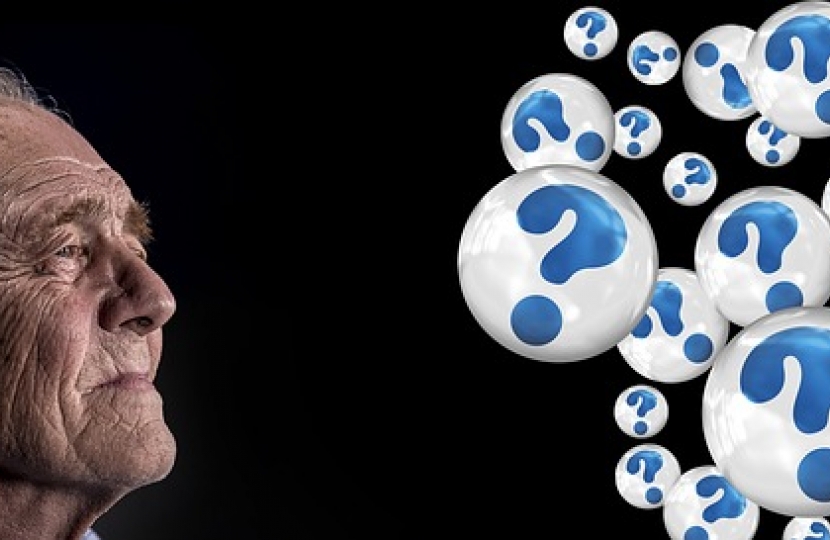 With dementia having now overtaken Covid as the leading cause of death in England and Wales, Vale of Clwyd MP Dr James Davies has called on the UK Government to “re-energise the fight against dementia.”

Speaking in yesterday’s House of Commons Debate on Dementia Action Week, James said dementia affects an ever-increasing number of people in the UK, presently estimated at 850,000, and costs the economy £26 billion a year, more than any other disease.

He said finding a cure to Alzheimer’s and the other less common types of dementia must therefore be “our aim” and that to achieve this clinical trials must be supported.

“Last month, dementia overtook covid-19 to reassume its grim title of the leading cause of death in England and Wales. We also know that a quarter of covid deaths have been among those living with dementia. Like so many in this Chamber, I have personal family experience of it.

“A cure would be a game-changer for so many. With 88% of people with dementia facing comorbidities, finding a cure would ultimately help to simplify care for hundreds of thousands of older people.

“To find a cure, clinical trials must be supported. While the 216 dementia trials since 2004 provide valuable information, that number appears insignificant when compared to the 2,900 studies for cancer over the same period. The UK Dementia Research Institute reports that effective treatments and preventions for dementia are within reach. Further progress on existing research provision is therefore essential.

“Investment in dementia research comprises just 0.3% of the current costs we face as a result of dementia. In our 2019 manifesto, we pledged to launch a dementia moonshot to find a cure for dementia, doubling research funding and speeding up trials for new treatments. I very much look forward to its implementation as soon as possible.

“As a former clinical champion for dementia, I recognise that providing a diagnosis to individuals is pivotal to helping to ensure that they receive the necessary support. Early diagnosis is also critical when it comes to ensuring a sufficient cohort for clinical trials.”

“As we look beyond the pandemic, which has had such a knock-on effect for those with dementia, I hope Ministers will work to re-energise the fight against dementia in our best efforts to support the estimated 1.6 million people who will live with the disease by 2040.”