MP challenges BBC over “damaging and emotive” report on Rhyl 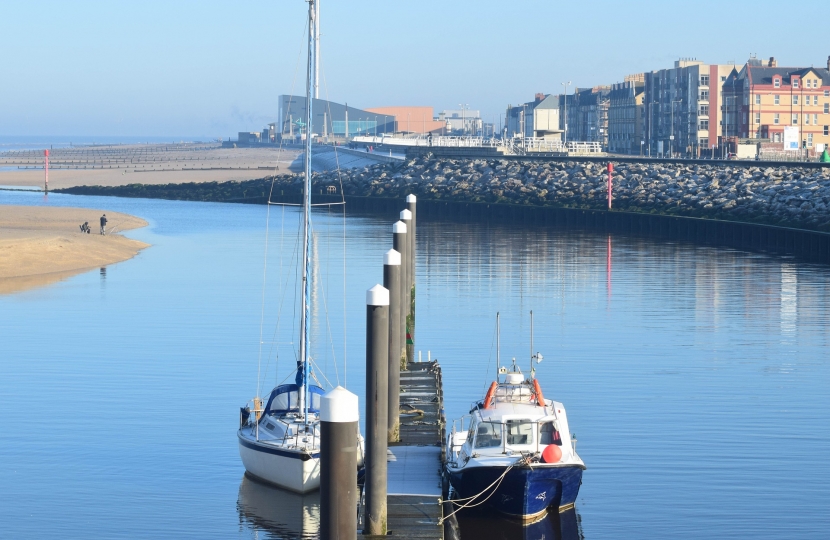 Vale of Clwyd MP Dr James Davies has called on the BBC to feature a follow up story on Rhyl, highlighting the positive work that is being carried out in the town, following a damning report by the broadcaster this week.

The BBC branded Rhyl "the most violent neighbourhood in Wales" in a number of news broadcasts. Many local residents and businesses believe the report was not a true reflection of their town and fear it will put people off visiting and investing in Rhyl.

James recognises that crime is a major issue in parts of Rhyl and is working with North Wales Police to address this. However, he shares the concerns of locals over the report. He believes the BBC’s narrative was too hard hitting and failed to focus on any of the positive work that is being done to regenerate the town.

He has therefore highlighted his concerns with the BBC and suggested they run follow-up pieces to reflect on some of his points.

“There are problems in the town that need addressing and I am working with the police on this. In particular, we need greater police visibility and attention to antisocial behaviour in the town centre. However, the BBC report went too far.

"I discussed the report with the North Wales Chief Constable earlier in the week (Tuesday), and today (Thursday) with both Supt Simon Williams and the new PCC Andy Dunbobbin. I have also been in conversation with the Leader of Denbighshire County Council."

James’s correspondence with the BBC states:

“It is true that crime is a major issue in parts of Rhyl and I wouldn’t want to downplay that.  However, I think there are a number of things to reflect on:

• North Wales Police claim to be assiduous in their recording of crime data.  In addition, there is an argument that high recorded crime can reflect good levels of confidence among the public in the process of reporting crime.  In both of these respects, high levels of recorded crime are not always a bad thing.  I understand the Crime Survey of England and Wales, which is widely seen as being more useful data, demonstrates North Wales to be one of the safest areas of the country.

• The issue highlighted is predominantly relating to the town centre.  I think the statement that “Rhyl is the most violent neighbourhood in Wales” was perhaps the element that most aggrieved people, as it suggests that the whole town is of this nature.  That kind of negative publicity is not backed up by the data and is counter-productive to regeneration efforts.

• My understanding is that recorded violent crime stats have seen a trend of a similar nature elsewhere. Therefore while the baseline statistics are higher in Rhyl town centre than in many other places, the trend is similar.  The trend is at least in part down to changes of categorisation of crimes rather than true increases.

• Regarding the investment in the root causes of drug addiction and crime, the Police have a major role to play in this but I think it is also important to recognise that many aspects are devolved to Cardiff eg education, local government and economic development.

• I feel that major successes on closing down County Lines activity in Rhyl of late could have been given a mention. Admittedly, gaps in supply of drugs are soon filled, but the police have made innovative strides, partly through the Home Office’s Safer Street Fund (£517k for Rhyl West).

• The focus on neighbourhood policing through the Government's Beating Crime Plan (including named police officers for each area) could have been highlighted.

• While crime levels are an important part of the Levelling Up Agenda, this should not be confused with the priority 1 funding for the Levelling Up Fund, which is about town centre regeneration, and transport and cultural investments.  And it is too soon even to judge “progress” with that, because the local authority isn’t expected to submit its plans to government until at least the end of this year.

• Perhaps there is scope for the follow-up pieces to reflect on some of the above."

“Rhyl certainly has it challenges, but this type of reporting is irresponsible and damaging and the last thing the town needs as it recovers from the pandemic. I hope the BBC consider my suggestion to run follow-up pieces to provide viewers with a wider picture of Rhyl.”