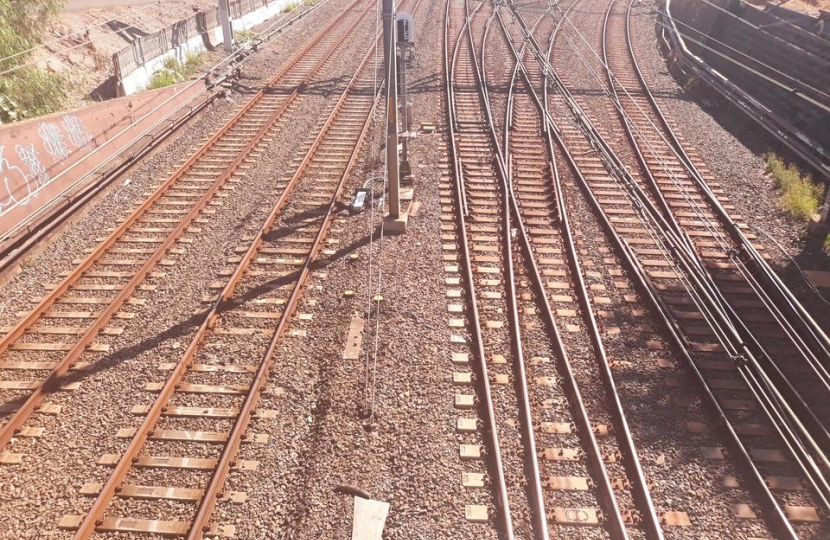 Vale of Clwyd MP Dr James Davies has again called for improvements to be made to the North Wales mainline railway, which connects Great Britain with Ireland.

Raising the matter in the House of Commons with the Minister of State for Northern Ireland, Robin Walker, last week,  James emphasised the importance of having good transport connections between the two countries and said an enhanced line would benefit rail users in both North Wales and Ireland.

“The North Wales main line railway connects Great Britain across the Irish sea and is vital for travel. Will my hon. Friend work with the Department for Transport and the Union connectivity review to see the line enhanced for the benefit of my constituents and the people of Northern Ireland?”

The Minister said the point raised by James is “important” and that the Government “will engage positively with the Union Connectivity Review, which will look at how we can improve the transport landscape across the whole UK, including connections between Wales and Northern Ireland.”

Speaking afterwards, James, who is also involved in works to improve rail services between North Wales and the rest of the UK, said:

“improved rail services are vital to the future economic success of our region and I was therefore encouraged by the Minister of State’s response.

“We need to see improved connectivity through the improvement of North Wales line speeds and ultimately electrification under the decarbonisation of rail agenda.

“Following the Prime Minister’s announcement back in February that the HS2 project will proceed, I have been working with the Growth Track 360 campaign to push for a connection between HS2 and Northern Powerhouse Rail at Warrington which works for North Wales, and commitment to a HS2 Crewe Hub and northern junction which allows fit-for-purpose connections to North Wales. We also need to see investment to address Castlefield Corridor congestion in Manchester, to the benefit of access from North Wales, and various other capacity enhancements.

“If we are to be successful at getting more people off the roads and on to trains, and giving the North Wales economy the shot in the arm it desperately needs, then improving North Wales rail services needs to be a priority so that rail travel is an appealing transport choice.”