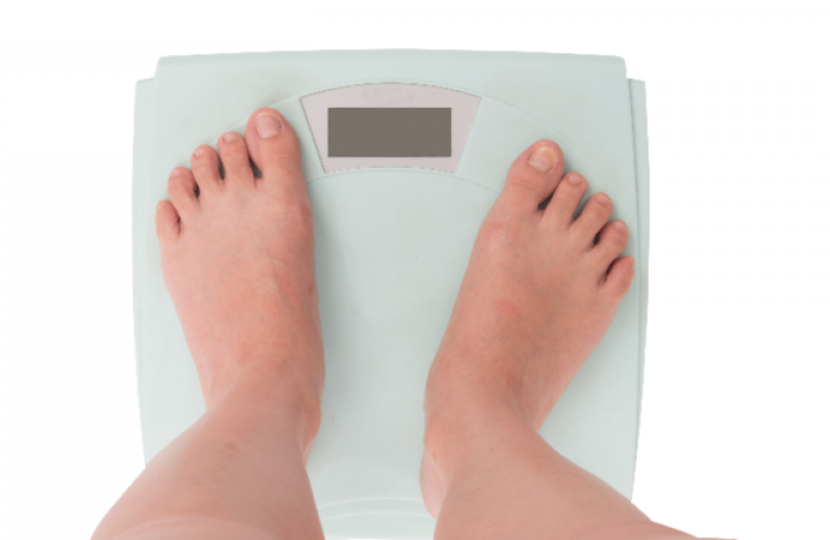 With statistics showing that overweight or obese Covid-19 patients have a 37% higher chance of dying from the virus than average patients, Vale of Clwyd MP Dr James Davies has emphasised the urgent need to tackle the UK’s obesity problem.

Speaking in the debate on ‘Obesity and the Covid-19 outbreak’ in Westminster Hall last week, James, who is a vice-chair of the All-Party Parliamentary Group on obesity and a practising GP, spoke of the gap in prevalence of obesity between rich and poor, which he said is evident in the Vale of Clwyd. Recent statistics demonstrate that 30.3% of 4-5 year olds in North Wales are overweight or obese and it is therefore one of the worst affected areas in the country.  James called on the Government to continue its work to ensure that healthier options are available to all.

“In the course of this year, a realisation of the link between obesity, its comorbidities and poor covid-19 outcomes has sparked renewed interest in tackling Britain’s obesity crisis. It is the case that 19.8% of critically ill covid patients are morbidly obese; that is almost three times the national average, which stands at 2.9%. And for those who are overweight or obese, the likelihood of dying from this virus is 37% higher than average.

“There are of course numerous international league tables that rank covid’s impact on countries, and many people have suggested that the UK’s unenviable position in those tables is due at least in part to the fact that the number of overweight or obese individuals in the UK stands as high as 67%.

“Of course, obesity is frequently an outcome of poor life chances, but it can also perpetuate them. The economic impact of obesity cripples some of our communities, and tackling it is therefore a matter of social justice. Obesity rates among the most deprived 10% of the population are more than twice that for the least deprived 10%, and the gap in prevalence of obesity between rich and poor is, tragically, still growing.

“My constituency in many ways epitomises the national picture. I can travel from one area, a coastal pocket of deprivation and the poorest ward in Wales, where obesity and poor health go hand in hand with economic inactivity and high premature death rates, to another area, just several miles away, where the average body mass index is markedly lower and life expectancy and income levels are significantly higher. To me, that inequality within a single constituency is unacceptable.”

“The harsh truth is that obesity is strongly associated with a number of serious health conditions, including many leading causes of death. It is also associated with poorer mental health outcomes and reduced quality of life. Being overweight can exact a tough emotional toll, from bullying at school to the pain of lifelong judgmental attitudes and stigma.

“The overall societal cost of obesity is estimated to be £27 billion a year, saddling the NHS with an annual bill of several billion.

“As a GP, any day’s work reinforces to me that we live in a society where the freedom to make the right choices is severely constrained for some. Supermarkets are packed with temptingly priced, high-fat, sugar and salt – HFSS - products. There are takeaways on every street corner, bountiful coffee shops serving syrup-laden flavoured drinks, and pubs and bars offering ​large, 200-plus calorie glasses of wine. We have a culture that normalises these things on a day-to-day basis. It is far too easy for all of us to consume more calories than our sedentary lifestyles can withstand.

“While some may navigate this environment unscathed, making healthy choices has become increasingly difficult, even more so in poorer communities. Whether under enormous stresses and strains from other aspects of life or fighting to feed a family on a tight budget in limited time, the long-term health outcomes of what we eat and drink may not always be our top concern. The measures we need to implement are not about taking away choice, but about the Government helping to rebalance the playing field in favour of healthier options, for the benefit of all.”

James went on to speak of the actions already being taken by the UK Government to tackle obesity, including its ‘Tackling obesity: empowering adults and children to live healthier lives’ strategy, which committed the Government to introducing a new campaign to encourage all those who are overweight to take action with evidence-based tools and apps, but stressed “it is vital that we keep up the momentum, especially given that the covid-19 pandemic is still, sadly, very much with us.”