MP helps clean up the Vale of Clwyd 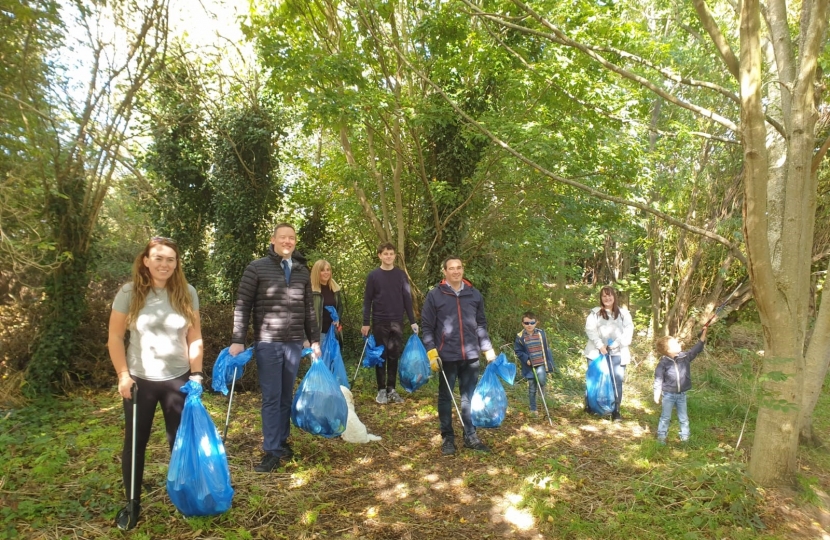 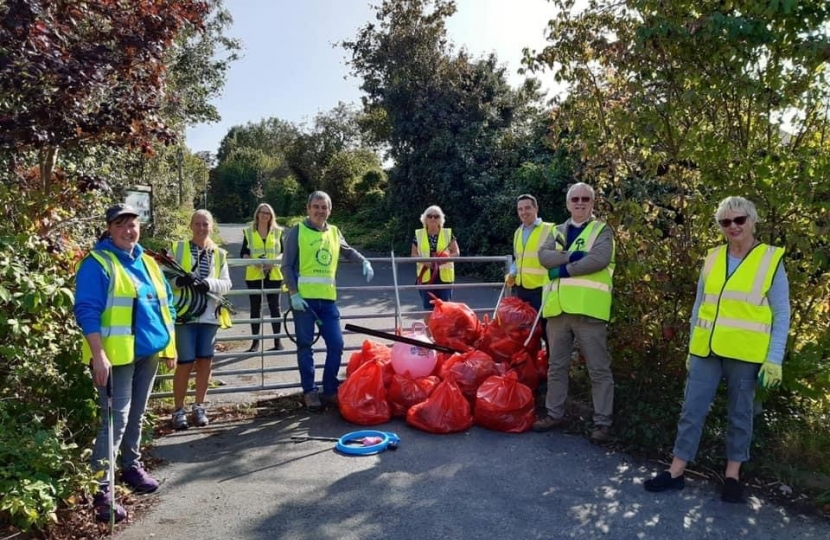 James joined community organisation ‘Environmentally Prestatyn’ to help tidy up the Prestatyn-Dyserth Walkway, and was out again a few days later with members of the Vale of Clwyd Conservative Association, including Vale of Clwyd Conservative candidate for the Welsh Parliament elections Gareth Davies and Association Chairperson, Abigail Mainon, to clear rubbish at Rhyl’s Brickfield Pond.

“Litter has always been a huge bugbear of mine so I was pleased to take part in both litter picks.

“It is amazing how much can be achieved by small groups coming together and giving an hour or two of their time.

“Both litter picks were a huge success, resulting in bin bags full of all kinds of rubbish being collected, including glass bottles, cans, plastic, clothing, food wrappers and some more unusual finds. I would like to thank all those who took part and congratulate ‘Environmentally Prestatyn’ on collecting 120 bags of rubbish during their series of litter picks.

“Litter blights our streets, parks and beaches and costs us millions of pounds to clear up every year. It is crucial that we all play our part in helping to protect our local environment.

“The Great British September Clean may have come to an end, but anyone can organise and get involved in a litter pick at any time, even during a pandemic, as the two socially distanced events that I took part in proved!”