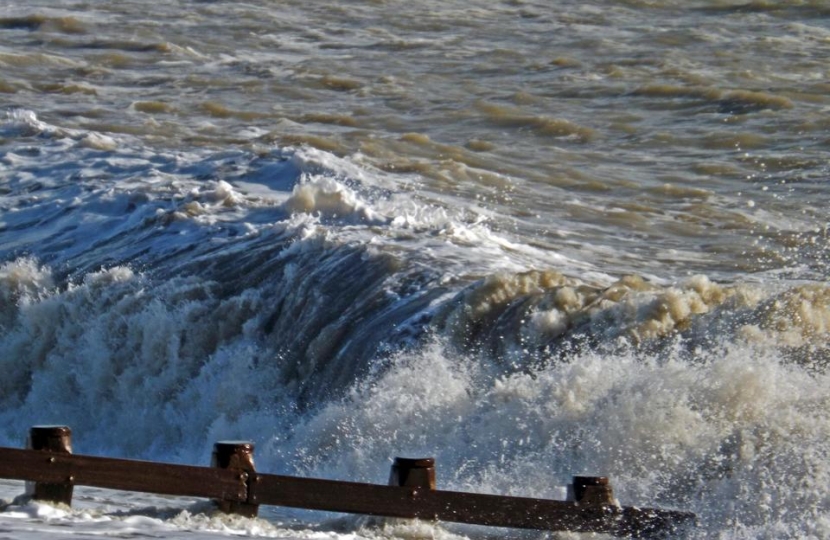 In the House of Commons last week, Vale of Clwyd MP Dr James Davies spoke of the potential for both tidal and hydrogen energy in North Wales, championing the HyNet project and emphasising the coastal protection benefits that a tidal lagoon could bring.

James raised the issue when questioning the Secretary of State for Business, Energy and Industrial Strategy, Alok Sharma, on hydrogen energy and when responding to his Statement on his Energy White Paper.

“The North Wales Mersey Dee region has the potential to be at the centre of a green industrial revolution, from Wylfa Newydd and offshore wind to a gigafactory, hydrogen production and carbon capture, but there is also great interest in harnessing tidal energy, so will the Secretary of State take this on board? Will he also acknowledge the coastal protection benefits that a tidal lagoon could bring?”

The Secretary of State said “it is clear that there is huge support on this side of the House for marine energy projects” and that the UK Government will look at any projects that come forward that can be supported by the contracts for difference auction process during next year and by any innovation funding that is available.”

Asking what steps the Department for Business, Energy and Industrial Strategy is taking to support the development of hydrogen energy, James referred to HyNet North West, a regional project that will play an essential role in decarbonising the economy and put the region on the map for clean energy innovation. The project will see the production of hydrogen from natural gas, with the released carbon being pumped into former gas and oil fields in Liverpool Bay.

“The development of hydrogen energy can lead to thousands of new jobs UK-wide, including an estimated 6,000 in my region through the HyNet project. Will my right hon. Friend do all he can to help HyNet access industrial decarbonisation challenge funding to allow it to progress?”

In his reply the Secretary of State agreed that “this is all about jobs - high value-added jobs”.

“James, along with other colleagues in the House, makes the case at every opportunity for the HyNet project, and it is very lucky to have him as a champion.”

HyNet has already received funding through phase 1 of the industrial decarbonisation challenge, as well as £13 million of support through the Department for Business, Energy and Industrial Strategy energy innovation programme, and the Secretary of State told James that the winners of the next phase of the industrial decarbonisation challenge will be announced in spring next year.