MP raises a mug for Macmillan 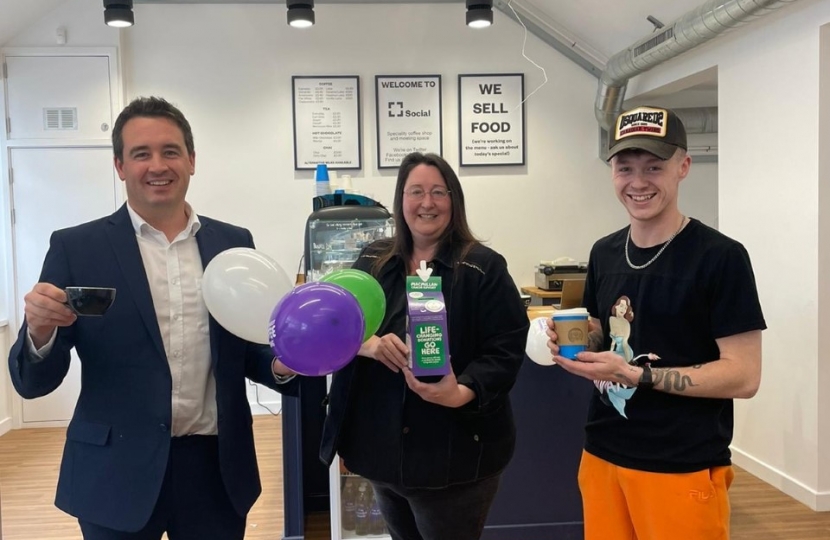 Vale of Clwyd MP Dr James Davies has joined two groups from Rhyl in the past week for a cuppa to help raise funds for Macmillan Cancer Support.

James attended the Macmillan Coffee morning event at the town’s Costigans, last Friday, which was organised through the Rhyl BID.

Last year, due to the pandemic, the event had to be held virtually, so James was pleased that this year he could join people in person to help raise funds for this important cause.

“This annual event is always a huge success with people all over the UK hosting their own Coffee Morning and donating all funds raised on the day to Macmillan.

“Last year, despite the restrictions. the event raised over £10 million and they are hoping to top that this year.

“It is great that the Rhyl BID got involved, and as well as organising the coffee morning at Costigans, also arranged for a number of other coffee mornings to take place throughout the town on Friday to help further boost their donation to the charity.

“Both the coffee mornings I attended were a huge success and I thank all involved for inviting me and for raising such a substantial sum to support those with cancer.”