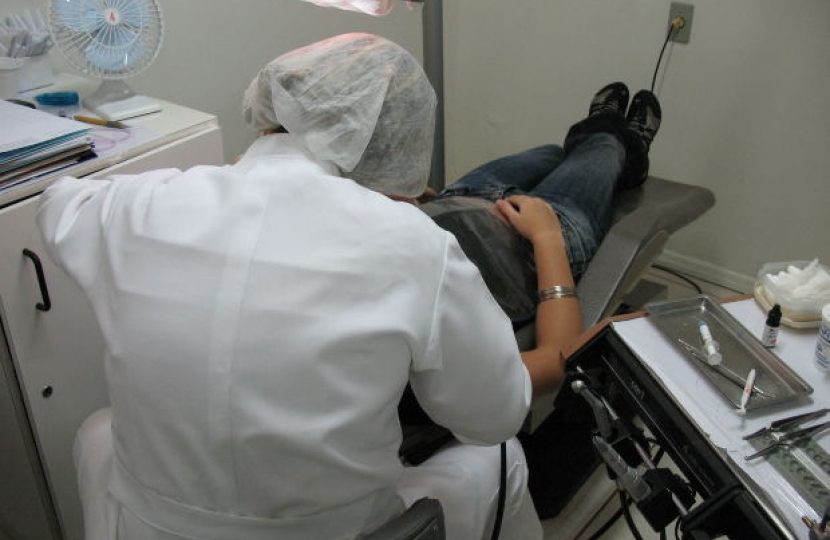 Dentists in England were able to open on June 8th and are permitted to perform any procedure. However, in Wales a phased approach will begin in July and dentists will be unable to provide invasive procedures such as high-speed drilling.

In a virtual House of Commons Health and Social Care Committee meeting, James said the situation is causing a lot of frustration in North Wales.

He told the Chair of the British Dental Association:

“In my area in North Wales there is a lot of frustration about the Chief Dental Officer in Wales recommending  aerosol  generating procedures, such as drilling, shouldn’t take place until possibly even next year.”

Speaking after the meeting, James said:

“Both patients and dentists themselves are extremely frustrated by the situation here in Wales. There have been many people left to deal with dental problems at home during lockdown, who had hoped there would be an end to their misery with the reopening of dental practices in Wales. However, unfortunately they will still often be unable to get the help they need from their dental practice for the foreseeable future.

“Under the phased guidelines set out by Wales' Chief Dental Officer, routine assessments and care will only be reinstated between January and March 2021.

“While I recognise that safety is paramount, this approach not only puts the oral health of the people of Wales at risk, but dental practices, which have been hit hard by this pandemic, will struggle to survive.

“I therefore urge the Welsh Government to review its approach and seek to align with the rest of the UK.”