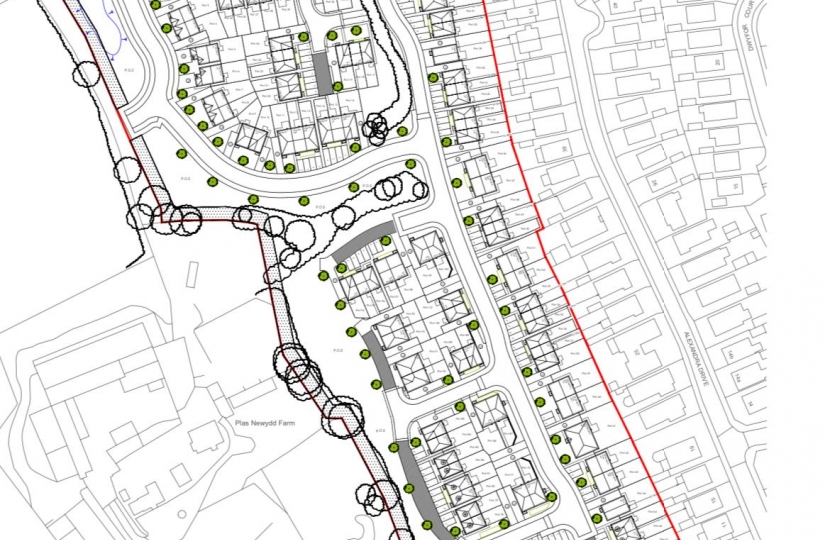 Vale of Clwyd MP Dr James Davies has expressed his disappointment that the Welsh Government has chosen not to call in a controversial planning application on land adjacent to Alexandra Drive in Prestatyn, and has written to Denbighshire County Council’s Chief Executive suggesting a further vote on the application should take place.

Approval for the development, on agricultural land next to Alexandra Drive in Prestatyn, was granted in June by Denbighshire councillors by a margin of one vote.

Prestatyn Town Council, local county councillors and more than 40 objectors begged for the scheme to be thrown out amid a host of concerns, and James added his voice.

In July, James wrote to the Welsh Government urging them to call in the application, which he described as "indefensible".

Whilst he is disappointed that the Welsh Housing Minister has chosen not to do so, he said: “her letter does helpfully confirm in writing that the application constitutes a departure from the Local Development Plan in more than one respect.”

He added: "That being the case, I wrote to the Chief Executive of Denbighshire County Council last weekend, suggesting that there ought to be a further vote.

“Clearly, the decision on the application overlooked the LDP in terms of both the town's development boundary and important adopted policies on ensuring a healthy mix of housing tenures. There are however many other objections to the development, including access, drainage, and the use of good quality agricultural land.  There are also what I believe to be valid concerns over the way in which the Planning Committee considered the application.

“I have informed residents who have previously expressed their concerns regarding the application with me, and will keep them updated on any further developments.”