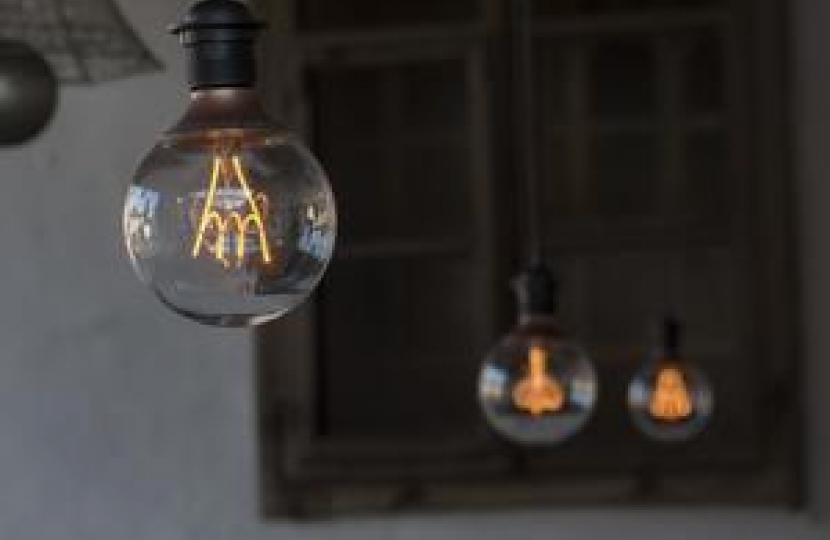 Vale of Clwyd MP Dr James Davies was pleased to recently support a new Bill in Parliament which, if made law, would create a new ‘Right to Local Supply’ of energy that would empower communities to sell locally generated electricity directly to local households and businesses.

Currently customers can only purchase electricity from nationally licensed utilities. The Bill’s supporters say this means money people use to pay their energy bills is not helping to rebuild local economies and local clean energy infrastructure.

The proposed new law, known as the Local Electricity Bill, is supported by 187 MPs, including James.

“The Local Electricity Bill will empower and enable new community energy companies to sell energy that they generate directly to local people which will help strengthen local economies. This is urgently needed given the economic shock of the Covid-19 pandemic. The Bill will also help accelerate our transition to clean energy, which is critical in avoiding the potential economic and ecological devastation of climate change. I will do all I can to ensure it becomes law.”

Campaigning group Power for People are calling for MPs and the government to make the Bill law and are leading a supportive coalition of organisations including Community Energy England, Community Energy Wales, Community Energy Scotland, WWF, Greenpeace, Friends of the Earth and the RSPB. 44 local authorities have also pledged their support.

The group have thanked James for his support.

“We thank James for supporting the Local Electricity Bill. If made law, the Bill would unleash the huge potential for new community-owned clean energy infrastructure and for this to boost local economies, jobs, services, and facilities in communities across the country.”