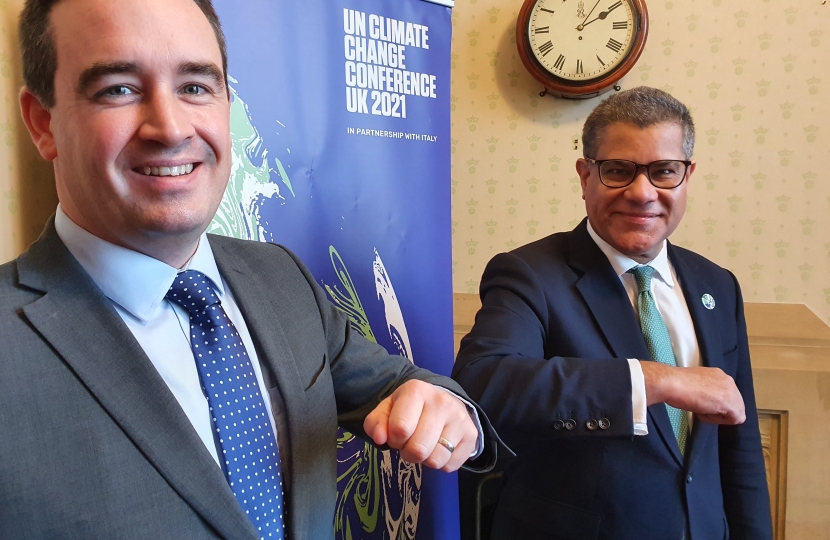 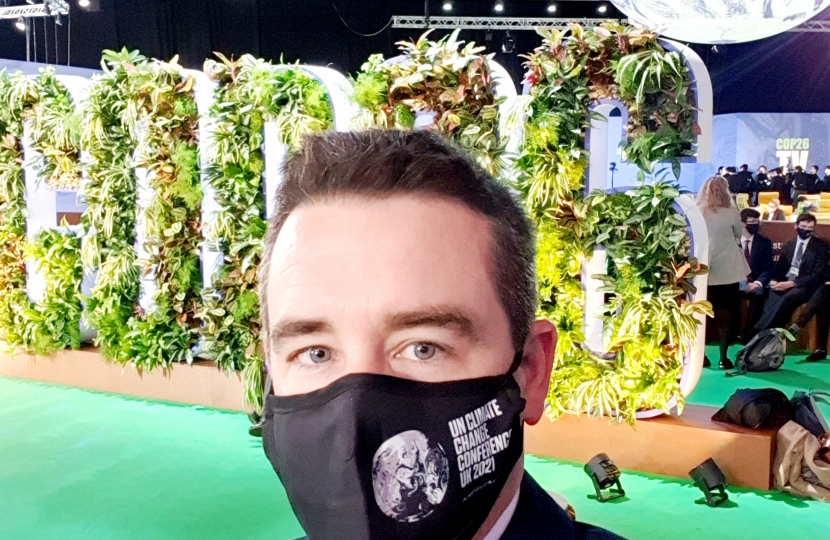 Last week, Vale of Clwyd MP Dr James Davies attended COP26 in Glasgow and has welcomed the historic climate pact made there.

James met with a number of organisations at the conference, including Livings Streets, The Institute of Environmental Sciences, Community Rail Network, Asthma UK and the British Lung Foundation, to discuss the Vale of Clwyd and wider environmental issues.

“It has been a major responsibility for Britain to host COP26, and I felt it was important to be present to visibly support this vital agenda.

“The conference was lively and almost overwhelming in activity and size, and I very much welcome the historic climate agreement secured at COP26 to keep 1.5 degrees alive and protect our planet for future generations.

“The Glasgow Climate Pact is the first ever global agreement in which every country has signed up to phase down unabated coal – the dirtiest fossil fuel. It also delivers a plan to scale up support for developing countries to adapt to climate change – and requires countries to come back with stronger targets to cut emissions even more by the end of next year.

“This agreement builds on the progress the UK Government have made on coal, cars, cash and trees throughout the summit.”

Cars: Over 30 countries and some of the world’s largest car makers committed to make all new car sales zero emission by 2040, and by 2035 in leading markets.

Cash: More finance has been mobilised to support climate action in developing countries than ever before – bringing us closer to the $100 billion annual climate finance target next year and ensuring we will exceed it after that.

Trees:  More than 130 leaders, representing over 90 per cent of the world’s forests, pledged at COP26 to end deforestation by 2030.

“We came to COP with a call for real action on coal, cars, cash and trees and that is exactly what we have achieved.

“There is still a great deal to be done, but the agreement made at COP26 is significant. It is crucial now that promises are kept and delivered rapidly.”