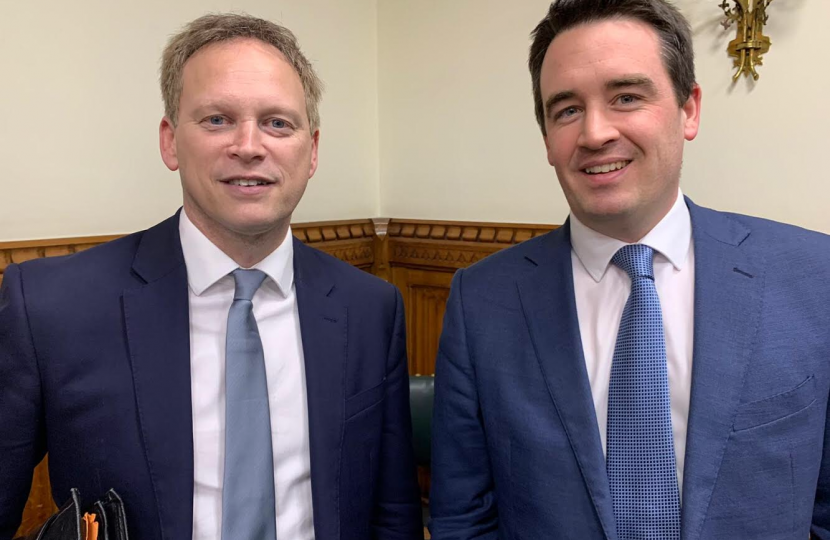 Vale of Clwyd MP Dr James Davies has welcomed this week’s announcement by the Prime Minister that the HS2 project will proceed, and at a briefing on the project with the Secretary of State for Transport, called for a commitment to a HS2 Crewe hub configuration which allows fit-for-purpose connections to North Wales.

Speaking following the announcement and after attending a briefing on the project with the Secretary of State for Transport, Grant Shapps MP,  James said:

“I very much welcome the Prime Minister’s announcement regarding HS2 and also endorse his statement that “many in the north (are) crying out for better east/west links instead of improved north/south ones”.

“At a briefing on the project I had the opportunity to speak with the Secretary of State for Transport about the potential benefits for North Wales and emphasised the importance of ensuring that the Crewe Hub is configured accordingly within HS2.

“I also presented him with the prospectus on ‘Growth Track 360’, which was launched to secure £1bn of rail improvements. These would transform the North Wales and Mersey Dee regional economy and deliver 70,000 new jobs over 20 years."

“It is vital for the development of North Wales that plans for an improved railway service to employment centres, cities and airports across the wider region are now included in the scoping and planning of High Speed North and I will be pursuing Ministers in both the Welsh and UK governments for guarantees that this provision will be made”.

Vale of Clwyd MP Dr James Davies is urging the First Minister to support vulnerable residents in North Wales through the Covid-19 crisis by following the UK Government’s lead in making available a database of all those who fall within the ‘at risk’ category.