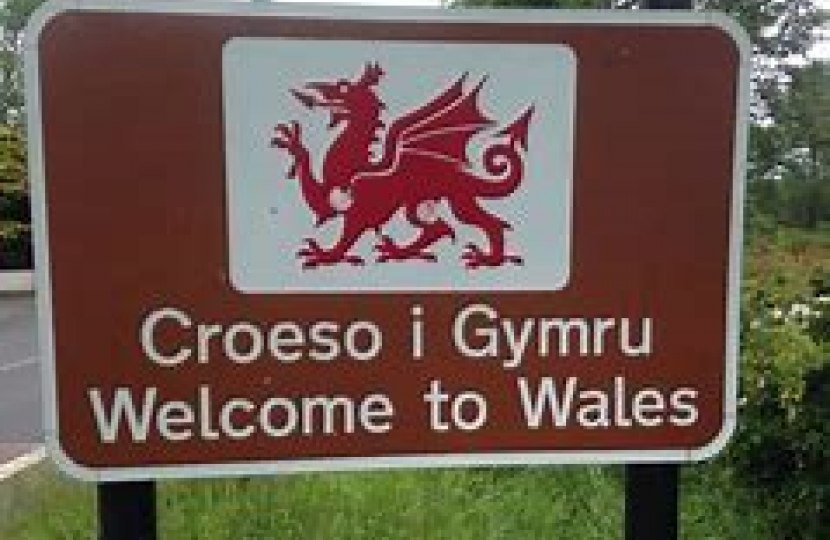 Vale of Clwyd MP Dr James Davies, and 11 other Conservative MPs from across Wales, are calling for an urgent explanation from the First Minister as to why he is preventing travel between Wales and England.

In a letter to Mark Drakeford, James and his colleagues point out that his policy is damaging businesses in Wales and having a detrimental effect on the wellbeing of families.

They describe the restrictions as “illogical, divisive and unfair” and ask the First Minister to provide an urgent explanation of the scientific basis behind them.

“On 29th March, the UK Government lifted “stay at home” guidance, allowing unrestricted travel within England and to and from other parts of the Common Travel Area (the United Kingdom, the Republic of Ireland, Jersey, Guernsey and the Isle of Man). However, our constituents are unable to take advantage of this desperately needed freedom, because your restrictions commencing 27th March state that “people must not travel outside of Wales or enter into Wales, except for very limited purposes”.

“This is in the context of unlimited travel being permitted within the confines of Wales. Your rules mean that a 200 mile journey from Holyhead to Chepstow is allowed, while a 10 mile journey from Wrexham to Chester is not. Indeed, a journey from one side of Saltney to the other is not permitted either.   Such a policy appears illogical, divisive and unfair.

“Many families in Britain have been planning to meet outdoors over Easter after many months apart, but as it stands, your policy will prevent this for those split between England and Wales. It will also penalise already hard-hit Welsh businesses.

“We would be grateful for an urgent explanation of the scientific basis behind the restrictions being placed on those wishing to enter and leave Wales.  If you are unable to provide it, we will feel entitled to assume it is a case of exerting authority simply because you can, without concern for the wellbeing of Welsh families or the businesses that depend on custom from other parts of the country.”