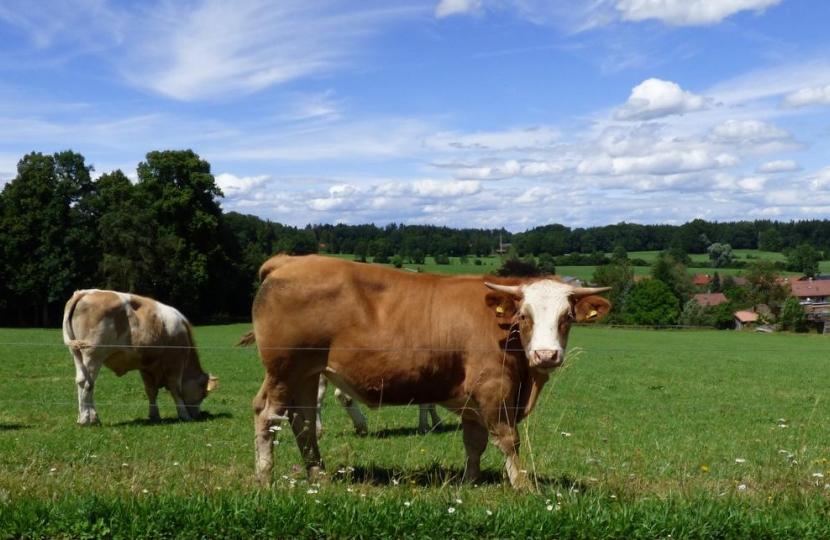 Farmers in the Vale of Clwyd, and throughout the rest of Wales, have been lobbying for many years for the re-distribution of levy income to take a fairer account of the level of red meat production here in Wales.

The previous system, which saw levy money collected and used in the home nation where the animal was slaughtered, has seen Welsh farmers lose out because of a net move of livestock out of Wales to be slaughtered.

They are therefore delighted that a fairer system will now be used.

Ivor Beech, who owns a farm in Bodelwyddan, and is a member of NFU Cymru, said;

“This move is a very positive one and something that we have long been asking for in Wales, where we have lost so much slaughter capacity over the last few years, mainly as a result of the extra cost involved in veterinary charges, during the BSE crisis, making the smaller slaughterhouses unprofitable.

“Two local ones have closed quite recently, one being in Rhyl and the other in Denbigh, resulting in a large proportion of these promotional funds inadvertently being lost to Wales .

“These changes are a step in the right direction and are very much welcomed by farmers in the area. They will help redress the balance, swelling the funds so that we red meat producers within Wales can properly promote Welsh lamb and beef, which is among the best in the world.”

Vale of Clwyd MP Dr James Davies has welcomed the benefits of the changes to farmers in his constituency.

“I very much welcome the fact that the UK’s red meat levy bodies, using the powers under the UK Agriculture Act, have come together and agreed a mechanism that looks to address the inequality in the current system, without adding any additional cost to producers or processors.

“The Scheme enables the transfer of levy, collected at slaughter on cattle, sheep and pigs, between the English, Scottish and Welsh levy bodies to recognise that in some cases animals will have spent part of their life in another part of Great Britain.

“For several years an anomaly existed because levy is collected at point of slaughter and this isn’t necessarily carried out in the part of the country where the animal has spent significant periods of its life.

“To address this, the UK Government introduced provisions into the Agriculture Act 2020 so that a Scheme could be established to transfer levy between the three nation’s levy bodies in certain circumstances.

“I am so pleased that Ivor and other farmers in the Vale of Clwyd will now be treated fairly.”

The Scheme applies to the proportion of levy collected from farmers and is to come into effect at the start of the 2021/2022 financial year.