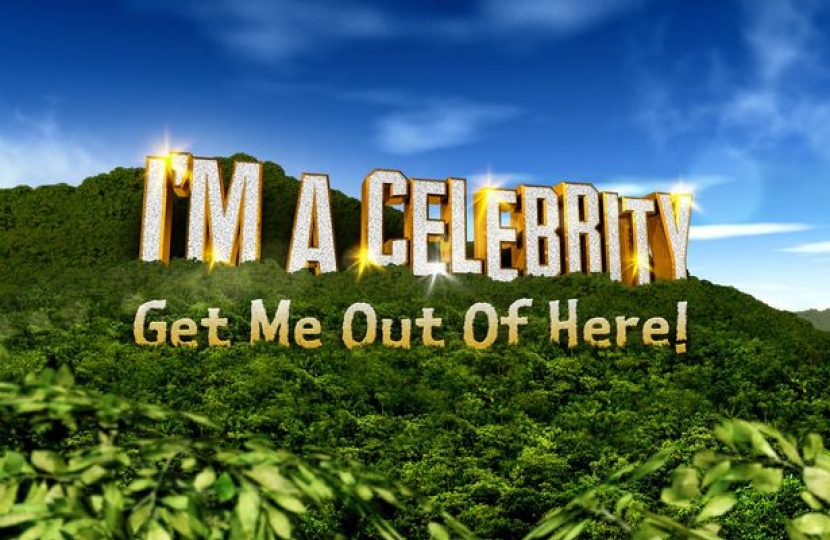 Speaking in the House of Commons today, Vale of Clwyd MP Dr James Davies referred to North Wales being the venue for this year’s ‘I’m a Celebrity’ and the positive impact that it could have on the regional economy.

It was announced last week that the popular annual reality show, hosted by Ant and Dec, will this year be broadcast from Gwrych Castle in Abergele instead of Australia due to the pandemic.

James welcomed the news when speaking in today’s PMQs and the Prime Minister responded by congratulating North Wales on its success.

“One positive among the gloom of the covid pandemic is that this year’s 'I’m a Celebrity' will be filmed not in New South Wales, Australia, but in our own North Wales. Even if I cannot tempt the Prime Minister to take part in a Welsh-tucker trial, would he commend ITV on its choice of venue and welcome the positive impact that that can have on the regional economy?”

“We have all been through a miserable several months and I and my office have been working around the clock to assist nearly two thousand constituents who have been in touch, seeking help. The news that ‘I’m a Celebrity’ is being filmed locally is a bit of much-needed fun and entertainment, and will bring opportunities to promote the area and encourage the tourism sector.

“‘I’m a Celebrity’ is broadcast to millions, so this will certainly put North Wales firmly on the map. It is a fantastic opportunity to showcase what this part of the world has to offer.

”I have been in contact with ITV to see how we can ensure this venture benefits the region. They have already reported that they are seeking ‘runners’ to assist the filming later this year and this will be a small but important contribution to the local jobs market at this difficult time.”