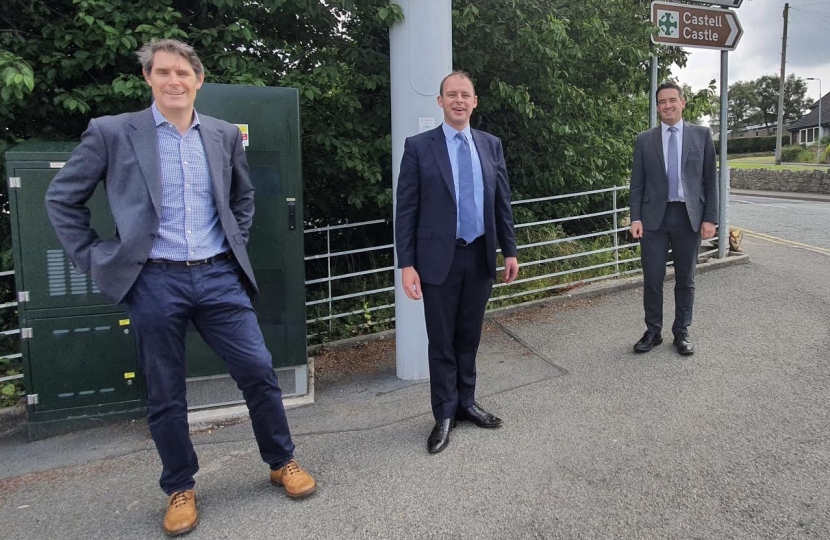 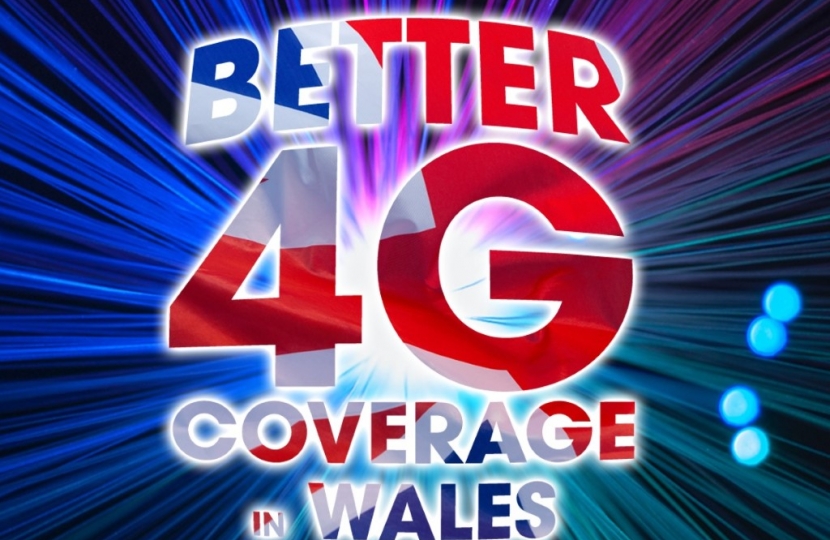 Vale of Clwyd MP Dr James Davies welcomed UK Government Digital Infrastructure Minister, Matt Warman MP, to the constituency on Monday to discuss how local residents and businesses are set to benefit from a digital infrastructure revolution, with huge upticks in high-speed mobile and broadband coverage as part of the UK government’s plans to level up all parts of the country.

The Minister met James in Denbigh, following his announcement on the latest cohort of Project Gigabit investments, which includes rural areas of Denbighshire.

Under the UK Government’s £5 billion scheme, 234,400 rural Welsh properties stuck with slow broadband speeds will be in scope for gigabit upgrades. Gigabit broadband enables download speeds of up to 1,000 megabits per second (mbps) - enough to download a HD movie in less than 30 seconds and lay the foundations for next-generation tech such as 8K-quality video streaming.

James, who has raised poor broadband connections in the Vale of Clwyd  in Parliament on several occasions, is delighted that residents and businesses in the constituency are set to benefit from the scheme.

The SRN will see EE, O2, Three and Vodafone build and upgrade phone masts to end so-called ‘partial not-spots’: areas where only some, but not all, mobile network operators (MNOs) provide 4G coverage. These not-spots mean local people cannot connect unless they are signed up with a specific provider who has a mast in the area.

“It is very welcome news that so much work is being done to greatly improve digital infrastructure in the Vale of Clwyd, and indeed across the whole of the UK.

“The scheme will bring economic and social benefits for people in rural communities in Denbighshire. Uplifts in 4G coverage will help power new economic growth and allow people to stay connected, shop online, stream entertainment and work on the go.

“Thanks to the UK Government-brokered deal, the proportion of partial not-spots in North Wales with coverage from all four operators will increase by one third, from 60 per cent to 80 per cent, with 95 per cent in range of at least one mobile network, up from 90 per cent in 2020.”

“I thank the Minister for taking the time to visit the Vale of Clwyd to discuss the digital infrastructure issues my constituents are experiencing.

“For far too long, too many residents and businesses in the Vale of Clwyd have struggled with poor internet. These huge uplifts to mobile coverage in rural areas and the rapid rollout of gigabit broadband will therefore be very welcome, providing people with the connections they need to work, access services and keep in touch - both at home and on the go.”

“We are levelling up the digital playing field with huge boosts in connectivity in every part of Wales, no matter how rural or isolated.

“Thanks to our plans people in Wales can look forward to sweeping coverage of fast and reliable 4G when out and about, and a next-generation gigabit broadband connection when at home or at the office.”