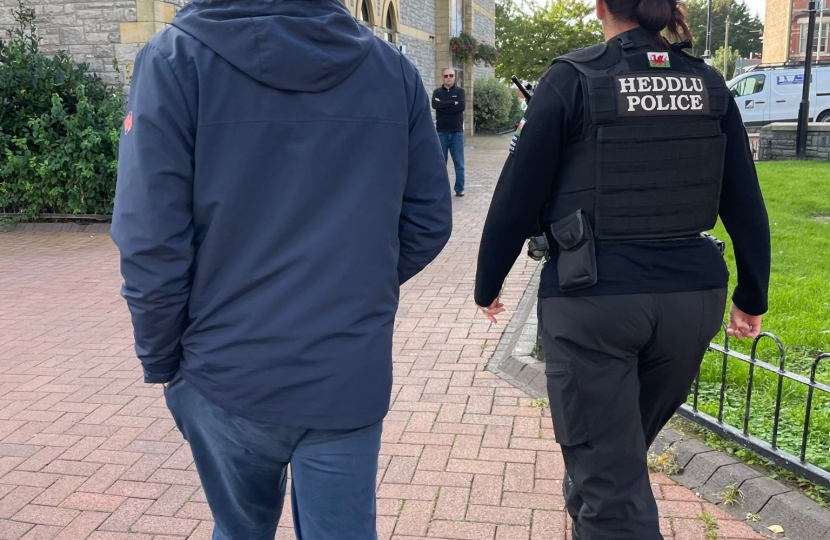 Policing in North Wales will receive an 8.4% increase in its funding for 2022/23 to drive down crime and deliver safer streets for all.

The 2022/23 funding package for England and Wales represents an inflation-busting 7% cash increase on last year and means policing will receive up to £16.9 billion in total in 2022/23.

“This increase will benefit North Wales greatly and is further evidence of the government’s determination to bear down on crime.”

He added: “The boost in resources will help support the delivery of the Beating Crime Plan, which set out the government’s mission to deliver fewer victims, safer neighbourhoods, and a more secure country.

“In particular, the plan focuses on driving down homicide, serious violence and neighbourhood crime – to ensure that everyone can benefit from the security that a safe home, street and country provides.”

The additional funding will allow police forces to continue the work already being done to target criminals, which has seen:

-   almost 16,000 knives and other dangerous weapons removed from the streets last year thanks to police use of stop and search powers.

-  300,000 at risk young people reached through Violence Reduction Units, set up across the country thanks to £105.5m in funding. This forms part of the £242m we’ve invested since 2019 to zone in on serious violence and homicide hotspots.

Within the total package, forces will also be given £550 million more from government grants, including funding for hiring the 20,000 extra officers promised by the government by the end of March 2023. The successful recruitment campaign has already seen more than 11,000 additional police officers join up and make a difference in communities across England and Wales.

“Crimes including theft, burglary and knife crime are down, we’ve got an additional 11,053 police officers on our streets, and we’ve shut down 1,500 drugs lines which exploit the young and the vulnerable.

“But we must go further and faster to make our communities even safer, so today I am giving our excellent police forces and law enforcement agencies more funding to do just that, in line with our Beating Crime Plan.

“Reducing crime is a top priority for this government and I will continue working with police leaders to ensure this unprecedented investment results in less crime and fewer victims.”