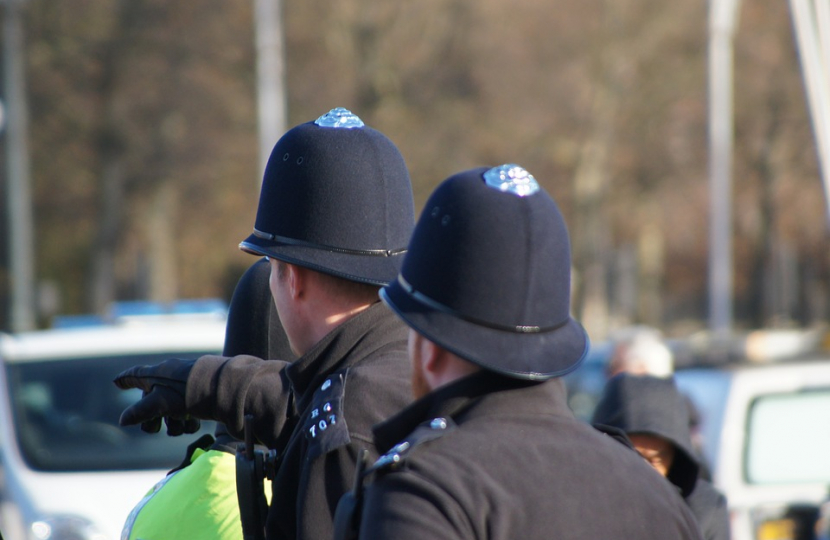 The UK Minister for Crime and Policing, Kit Malthouse MP, has supported efforts to reopen a police station in the centre of Prestatyn after the matter was raised in Parliament by Vale of Clwyd MP Dr James Davies this week.

Over the last couple of years, James has been working with North Wales Police in a bid to help them re-establish a town centre presence in Prestatyn and yesterday spoke of the plans in the House of Commons.

"Neighbourhood crime and antisocial behaviour is better tackled with the police visibility and responsiveness that a town centre police station can provide.

"Will my right hon. Friend give his support and encouragement to efforts by North Wales Police to reopen a police station in the centre of Prestatyn, possibly at the redeveloped old library site?

"I am more than happy to support my hon. Friend in seeking the best for his constituents...

"I hope and believe that his constituents will benefit from the significant uplift in capacity and funding that we are giving to police forces, which will allow them to do exactly as he asks."

"There have been concerns about police visibility in the town since the police were forced to move out of their base within part of the former council offices at 6-8 Nant Hall Road three years ago. At the time, the council required vacant possession for a sale of the premises which has since fallen through.

"As I have previously said, a police base can act as a deterrent to crime and be invaluable in terms of ensuring rapid physical response. I believe it can help provide residents and businesses in the town with peace of mind and make all feel safer.

"There are much smaller towns in Denbighshire which have a police station, so given Prestatyn's large population, and the influx of tourists in the summer months, the case for one in the town is strong.

"I very much welcome the Minister's support for all the efforts to secure a permanent police presence in Prestatyn and will continue working with North Wales Police to make progress to ensure that residents, visitors and businesses feel safe."

Vale of Clwyd MP Dr James Davies was hands on during a recent visit to a Rhyl bakery, rolling his sleeves up to knead dough whilst finding out more about how the bakery is helping to support the local community.