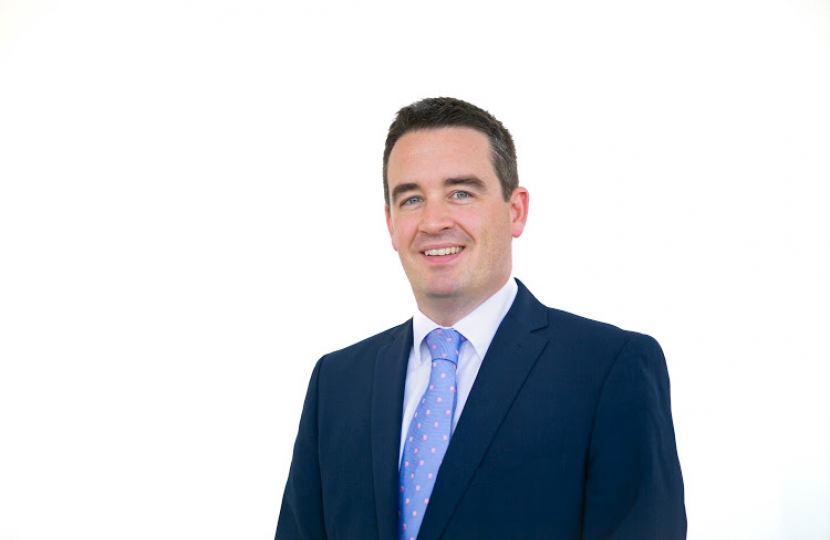 Vale of Clwyd MP Dr James Davies has called on the UK Government to ensure that areas of particular localised need in North Wales benefit from its levelling-up agenda and not just the region as a whole.

Levelling up is at the heart of the Government’s agenda to build back better after the pandemic and to deliver for citizens in every part of the United Kingdom.

Later this year, the Government will publish a landmark levelling-up White Paper, which will set out bold new policy interventions to improve livelihoods and opportunity in every part of the United Kingdom.

In Parliament this week, James questioned the Minister for the Cabinet Office, Michael Gove MP, over the opportunities the levelling-up agenda will deliver for areas of particular localised need in North Wales.

“It is very welcome that north Wales is set to benefit from the UK Government’s levelling-up agenda, but will my right hon. Friend confirm what actions he is taking to ensure that it benefits not only the region as a whole, but areas of particular localised need?”

In his response, the Minister said he hopes to visit the Vale of Clwyd later this summer to discuss projects in the area which could benefit from the levelling-up agenda.

“One of the things I want to do is make sure that every aspect of levelling up - not just macro infrastructure projects but the micro projects that contribute so much to making communities cherished and attractive - are part of the levelling-up fund. I look forward in particular to working with local government in north Wales to make sure that our funds are spent as effectively as possible.”

“I thank the Minister for taking such a keen interest in North Wales. I look forward to hopefully welcoming him to the Vale of Clwyd later this year and working with him to ensure the full potential of the levelling-up agenda is realised across my constituency. I am keen in particular that it must make a a very visible difference in Rhyl.”