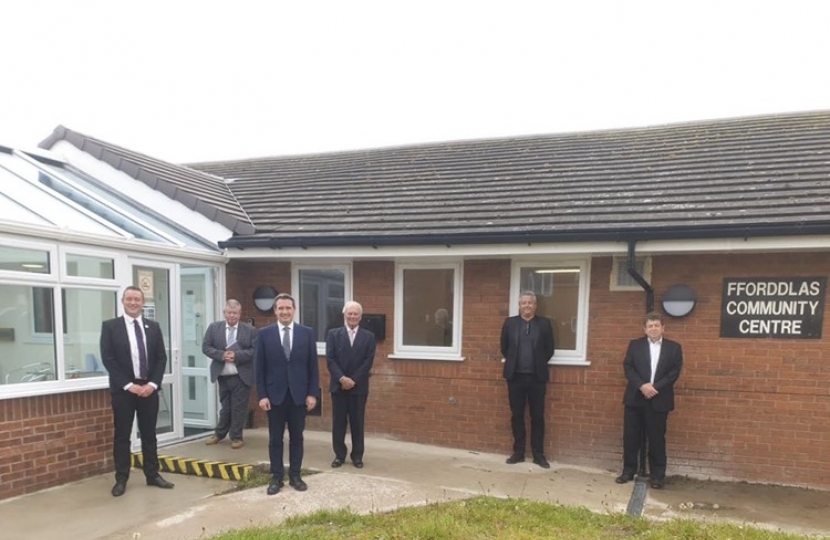 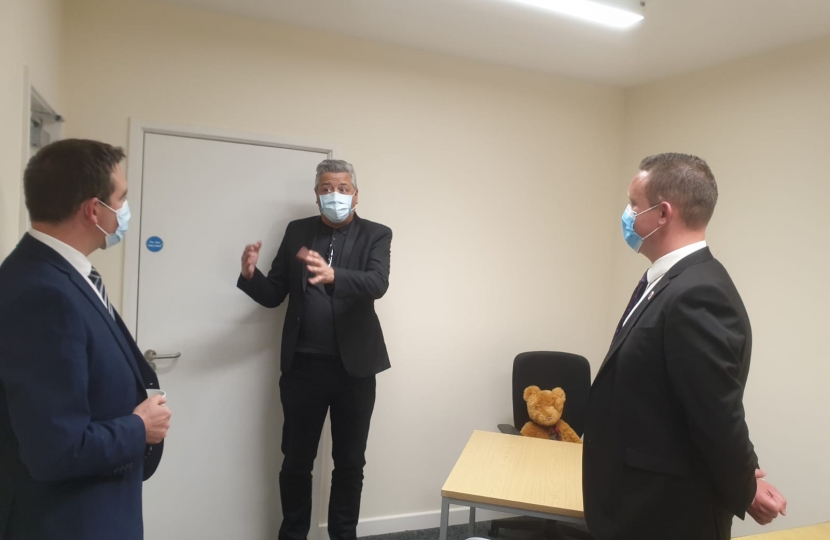 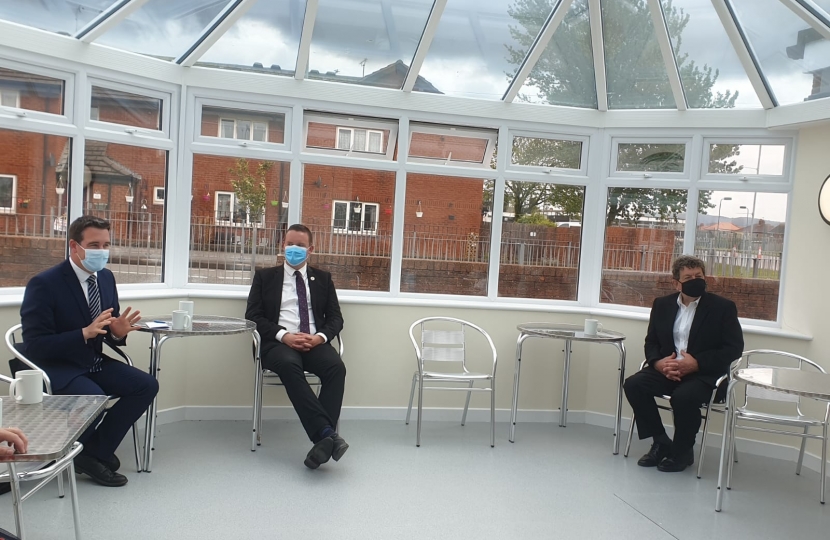 Vale of Clwyd MP Dr James Davies has applauded all those involved in running a well-used community centre after visiting the recently renovated Rhyl facility at the weekend.

During lockdown Ffordd Las Community Centre benefitted from a programme of works which has made it more appealing to users.

The Association covers its costs solely from income generated and does not rely on operational grants.

It operates with one manager, Carl Gizzi, three caretakers and a supportive committee, including Chairman and Treasurer Les Rees.

Commenting after being shown the improvements at the Ffordd Las centre, James said:

“Ffordd Las Community Centre is an excellent facility for the local community and I am confident that the improvements that have been made will attract more users.

“RCA is doing a tremendous job, with over 50 groups regularly using their three community centres in Rhyl, from large organisations such as WW (Weight Watchers) and Betsi Cadwaladr University Health Board, to numerous local organisations and groups including  Clwyd Mind, TiC, and NWS Dance.

“The Association currently engages with around 300 to 400 people every week and post Covid they expect to be working with around 500 people weekly.

“I thank Carl and the rest of team at RCA for all they are doing for the local community and wish them all the best going forward.”

“It was fantastic to meet the team at Ffordd Las Community Centre who have worked hard over the pandemic to upgrade the building and maintain engagement with the community.

“I wish Carl and the team every success as the lockdown restrictions ease in continuing their great work for the people of Rhyl.”

“RCA is proud to be at the heart of the community and Ffordd Las centre especially has been very well received locally.

“We actively look for projects and partnership opportunities that will be beneficial to the local community and two projects we are actively working on at present are Ffordd Las Playing Field and Tynewydd Community Centre.

“Denbighshire County Council has granted an asset transfer of the Ffordd Las Playing Field and we are working with numerous groups and a football club with around 20 teams, girls, boys and womens, to bring more community use to the field.

“Tynewydd Community Centre is currently owned by Rhyl Town Council and RCA have agreed an asset transfer of the building and will look to refurbish the building interior and exterior, and increase the usage of it via some remodelling of the interior space.”

Organisations, groups or individuals wishing to hire any of the three community centres should contact Carl on 01745 330346.