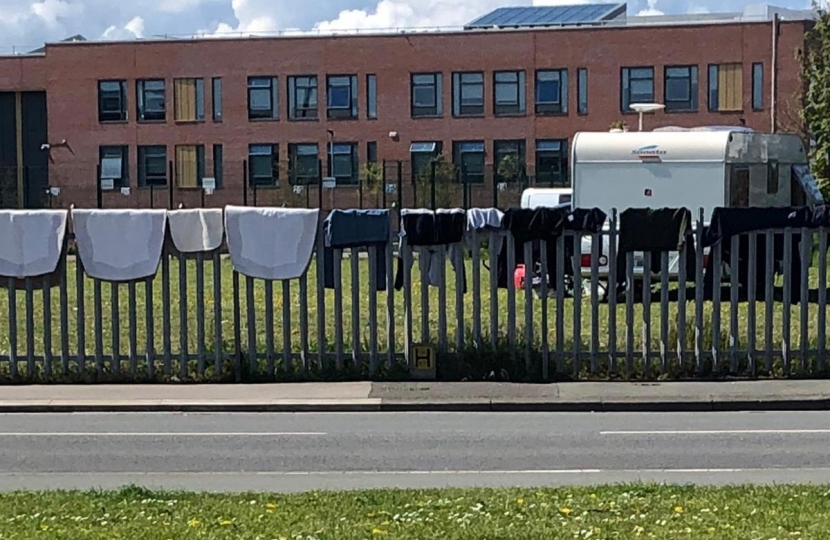 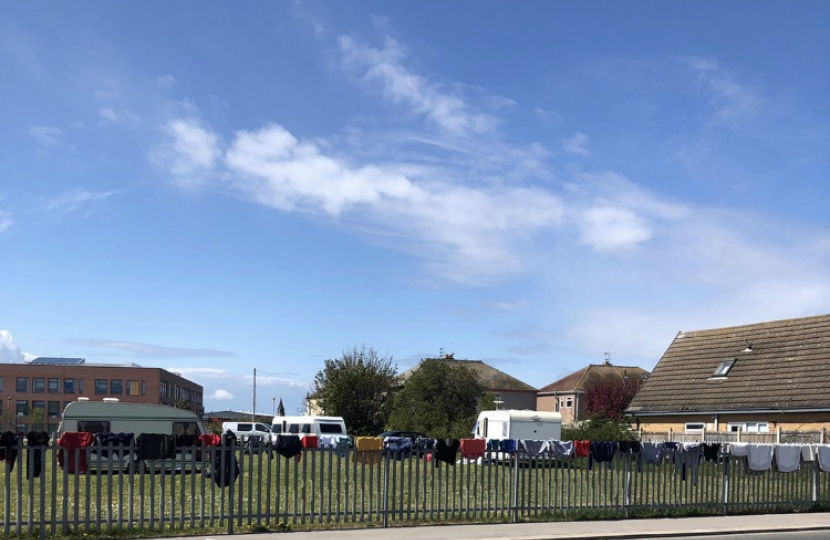 Vale of Clwyd MP Dr James Davies is calling on Denbighshire County Council to take immediate and firm action to move on travellers who have set up camp on the grounds of Rhyl High School.

James wrote to the council last night, after learning about the arrival of the travellers at the school.

“Given the further disruption to pupil education that this will bring, during what has already been a very bad year for education,, I would be keen for the strongest action to be taken as is possible.”

The school has taken the decision for all pupils, except year 11, to work from home today (Friday) whilst the issue is dealt with.

“This week alone there has been an unauthorised encampment at Bastion Road in Prestatyn, followed by similar at Rhyl High School, and last year residents and businesses were up in arms after travellers set up camp on the car park located adjacent to the CookHouse Pub and Carvery in Prestatyn.

“Unauthorised encampments can cause much disruption to residents and businesses, and this time to the education of our children, and people are desperate to see an end to the problem.

“I therefore welcome new police powers for encampments in the Police, Crime, Sentencing and Courts Bill, through the introduction of a new criminal offence of trespass with the intent to reside.

“The Government is committed to delivering a cross-government strategy to tackle the inequalities faced by Gypsy, Roma and Traveller communities, but these new powers would reduce the difficulties that residents in the Vale of Clwyd are currently faced with several times each year.

“I urge Denbighshire to act quickly to deal with the latest incident, so that Rhyl High School grounds are vacated by the travellers in time for all years to return to the school after the Bank Holiday weekend.”