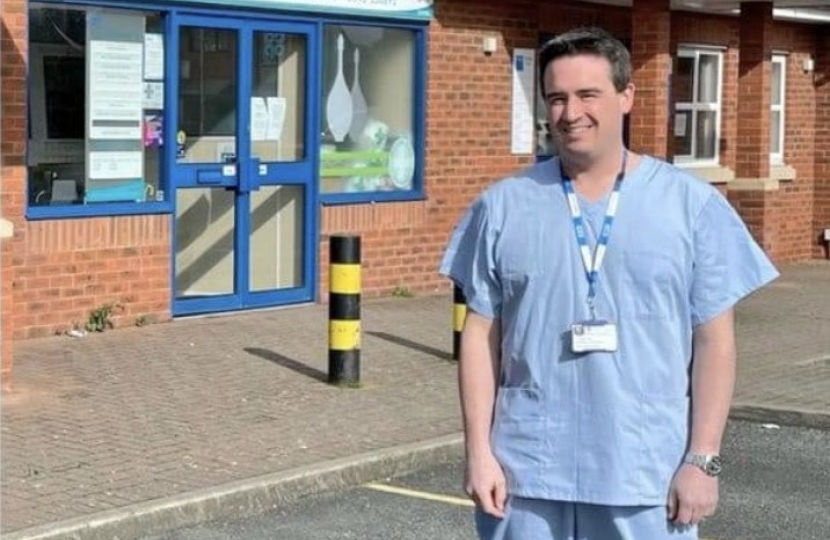 Vale of Clwyd MP Dr James Davies is delighted to have been appointed as a Parliamentary Private Secretary (PPS) to Ministers in the Department of Health and Social Care.

A Parliamentary Private Secretary acts as an unpaid assistant to Ministers. They are selected from backbench MPs as the 'eyes and ears' of the Ministers in the House of Commons.

James has worked as a doctor within the NHS for 17 years, undertaking junior doctor training at Ysbyty Glan Clwyd in Bodelwyddan and working as a GP across the region, including in Rhyl.  In Parliament he has served on the Health Select Committee and played an important role in influencing government health policy, particularly in relation to obesity.

Talking about his new role, he said:

“I am absolutely delighted to have been appointed as a Parliamentary Private Secretary to Ministers in the Department of Health and Social Care.

“I look forward to assisting the passage of the Health and Care Bill and the recovery of services impacted so greatly by the pandemic.”

"Whilst many aspects of health and social care are devolved, the Health and Care Bill will have a direct impact on Wales in relation to medicines safety, international reciprocal healthcare agreements, the regulation of healthcare workers, public health measures on obesity and hospitals accessed by local residents in the North West of England.  I am also working with the department to look at other ways in which the Bill could help improve healthcare provision in North Wales.

"With reform of social care on the agenda, I am keen to ensure equality of provision for all across the United Kingdom.