MP relieved that plans to alter traffic flows are scrapped 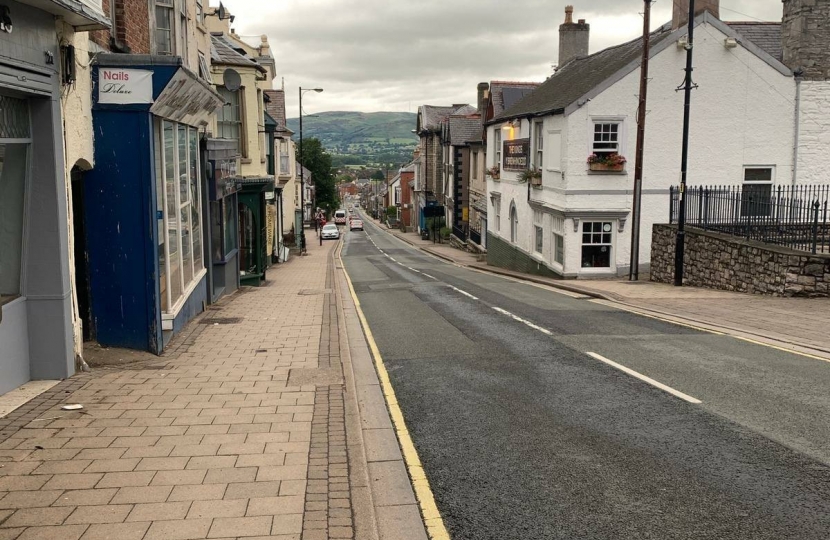 Having strongly opposed planned alterations to traffic flows in Denbigh, Dr James Davies MP has expressed relief that they have been scrapped and has thanked Conservative cabinet lead member, Cllr Brian Jones for his common sense approach.  He has also praised the decision to re-examine proposals for Rhyl, through examining traffic flows and focussing on creating permanent and useful active travel links.

Last month, Denbighshire County Council officers drew up various schemes for towns throughout the county, which would have temporarily (for an initial period of 18 months) altered the town centre road networks. These changes were in response to a Welsh Government funding stream which was designed to allow for increased social distancing and improved access for cyclists. The widening of pavements was to be achieved by narrowing roads; creating a one-way system throughout Denbigh Town Centre; and removing on-street parking in both Rhyl and Denbigh.

James was contacted by scores of individuals who were fervently against the proposals.

James said: "I was inundated with serious concerns from local residents. It was felt that alterations of this nature would damage business, hinder residents' parking and access to their properties, reduce road safety, limit access for those with mobility issues, divert large vehicles including buses and HGVs down narrow residential streets, slow down emergency vehicle response times and so forth.

"I felt that the proposals were a short-sighted and hasty response to Welsh Government funding clearly aimed at larger, flat city centres rather than small, more rural towns. I am opposed to public money being used simply because it is available rather than for the benefit of the local area, and this is a view that has been echoed by many.

"I am very pleased that Cllr Brian Jones listened and reacted to the views of local people.

"I am now pressing for the funding to be used in a more sensible way, on long-term town centre environmental enhancements, pedestrian linkages and worthwhile cycle routes.

"Well done to all of those who fought a strong campaign against this -  your time and effort was not wasted."