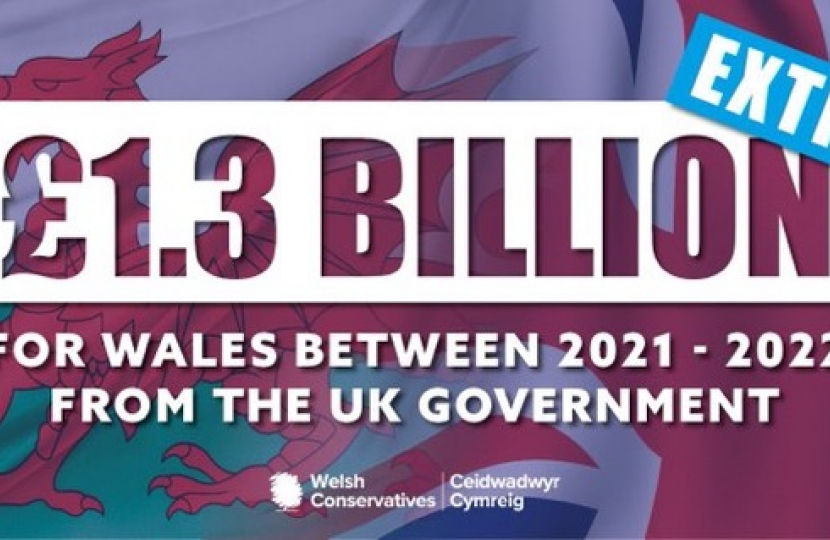 It was announced this afternoon that Wales will benefit from £15 billion in UK-wide funding for Test and Trace; an additional £733 million to purchase successful vaccines; and £128 million to support vaccine R&D.

Wales will also benefit from £3.5 billion in additional funding for Great Britain that builds on the UK Government’s Plan for Jobs – including the £2 billion Kickstart scheme for young people, and doubling work coaches in Job Centre Plus.

Other announcements that will benefit Wales include:

Welcoming the Spending Review and the support it outlines for Wales, James said:

“While the health emergency facing our country is not yet over, the economic emergency has only just begun.

“The Chancellor’s Spending Review tackles this unprecedented situation head on – ensuring lives and livelihoods in the Vale of Clwyd, and across the rest of Wales, are protected and supported in the weeks and months ahead.

“I was elected at last year’s General Election on a commitment to level up communities like ours, and I am delighted that this Conservative Government is now making good on that promise – by delivering a once-in-a-generation investment in infrastructure that will create jobs and grow the economy. I will be working with other MPs in the region for a good slice of the £100bn infrastructure funding to be spent in ways that benefit this area.”