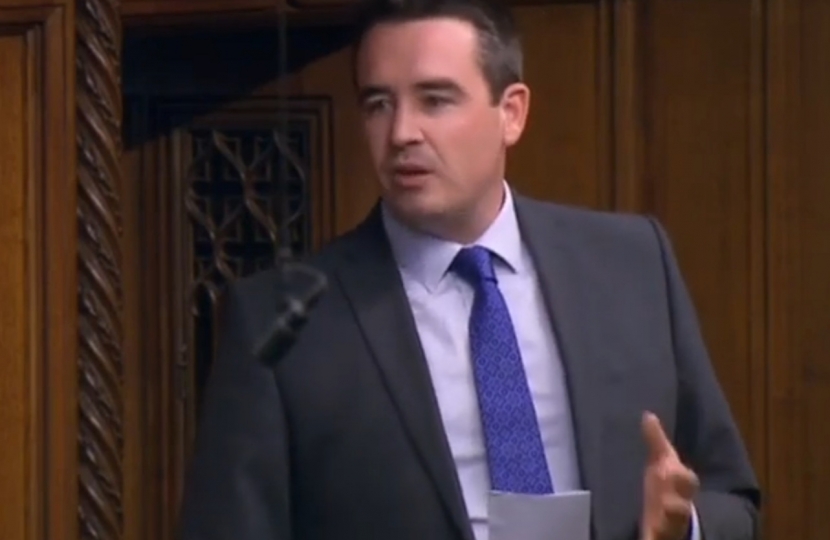 Speaking in the House of Commons yesterday, Vale of Clwyd MP Dr James Davies emphasised the need for Wales to follow the UK Government’s lead in introducing a ‘stamp duty’ holiday, and to lift its ban on the viewing of occupied properties.

Last week Chancellor Rishi Sunak announced that the stamp duty threshold would increase in England with immediate effect from £125,000 to £500,000 until March next year to boost activity after the covid lockdown. Northern Ireland has also introduced such measures. However, no changes have yet come into effect in Wales.

The Welsh Government announced earlier today that it would be introducing an LLT holiday, but it will be capped at properties valued at £250,000 and will not be introduced until July 27th.

Meanwhile, sellers and buyers in Wales are frustrated that viewings can only take place in person if the property is unoccupied, whereas in person viewings are permitted in England.

Last week, James wrote to the First Minister urging him to raise the threshold for the Land Transaction Tax (previously known as stamp duty) in Wales with immediate effect, and yesterday raised this, and the ban on viewings of occupied properties, in Parliament.

After North Wales Conservative MP for Delyn, Rob Roberts, spoke of the unfairness of house buyers in Wales not being granted the same breaks as those across the border in England,  James said:

“Does my hon. Friend agree that the housing market in Wales is being impacted not only by the lack of a stamp duty holiday in Wales, but by the continuing ban on the viewing of occupied properties?”

“After months of lockdown, it is crucial that everything possible is done to kick-start the housing market in Wales.

“It is incredibly frustrating for house buyers and sellers, and estate agents, to see measures being implemented in other parts of the UK to give the housing market the much needed boost it requires, but for nothing to be happening in Wales."

“Whilst I welcome the fact that the Welsh Government has at last announced a Land Transaction Tax holiday, it is extremely disappointing that it has been capped at £250,000, substantially lower than the £500,000 figure in England.

“It is also disappointing that it is not being introduced with immediate effect and will not come into force until July 27th.  Wales will lose out massively, and the property market will continue to stagnate.

“Meanwhile, in today's announcement there was still been no mention of scrapping the ban on the viewing of occupied properties. People want to physically see a property before agreeing to buy it, but currently they can generally only do this if the property has been unoccupied for 72 hours, which is ludicrous.  The whole situation is a complete nightmare for estate agents across Wales.

“The Welsh Government should be providing the people of Wales with the same benefits as those in England and Northern Ireland, and allowing people to view occupied properties, if Wales’ housing market is to have any chance of recovering.”

New statistics showing the huge Government support to individuals and businesses in the Vale of Clwyd have been welcomed by local MP Dr James Davies.